5 Reasons You Should Fix Your Cracked Phone Screen

At present, the vast majority of Americans have a smartphone that boasts an expensive but highly fragile glass screen. All too often, those slick screens develop a crack or two – or sometimes end up a spiderweb of cracked glass after just one drop.

According to SquareTrade¹, Americans have spent at least $24 billion on smartphone repairs since the iPhone debuted in 2007. Yet many people don’t fix their screens because of the perceived high costs of the repairs. Here are a few important reasons why you should fix your phone’s screen quickly if it cracks. 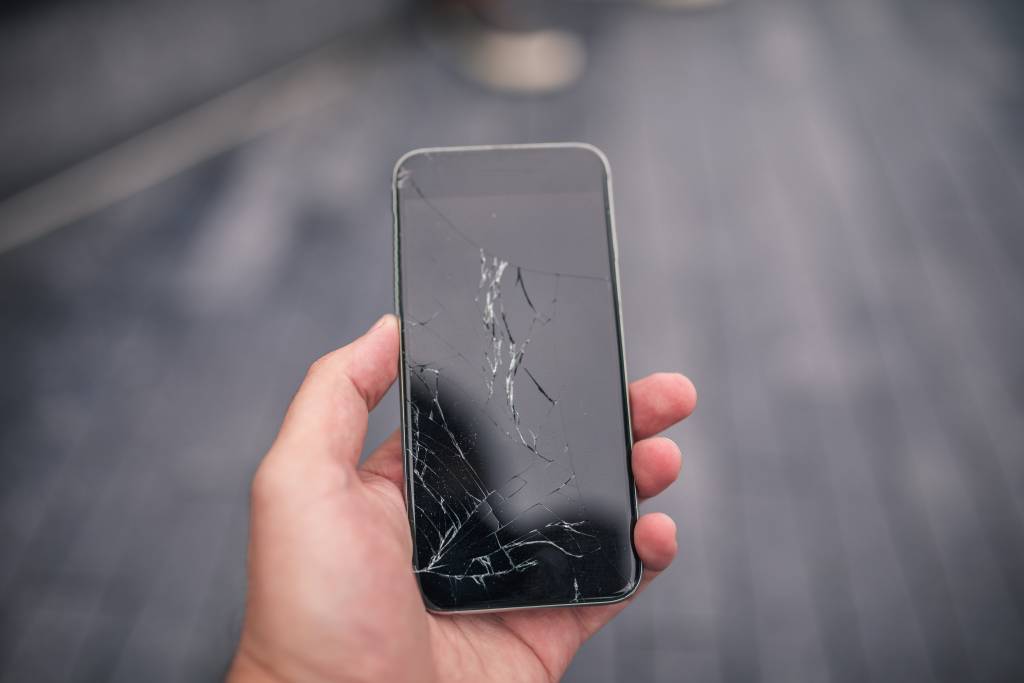 1. A Cracked Screen Can Easily Shatter

Once a glass phone screen suffers a crack, it’s inevitable that the problem will spread until you’re looking at a full-blown spiderweb. Due to the unique molecular structure of glass, LiveScience² reports, even the most durable and “shatter resistant” Gorilla Glass displays have a finite lifespan once a chip occurs. Oddly enough, many smartphone displays can withstand drops of over 50 feet but crack irreparably after falling off of a table top. Ultimately, cracked glass displays can’t be patched up by using stop-gap fixes and must be completely replaced.

When a crack in your phone’s display does appear, it’s in your best interest to replace the glass as quickly as possible. That’s because a shattered display is harder to swap out than a cracked unit that can be removed in one piece. It’ll cost you about $129 to replace the display of an iPhone 6 if you take it to an Apple Store, according to Consumer Reports³. If you’re handy when it comes to electronics repair, you can replace the display yourself by buying an iCracked repair kit for as little as $50⁴.

Regardless of make or model, no modern smartphone can function properly for long with a compromised exterior. Since a display covers at least the front half of a phone, it’s one of the first lines of defense against contamination from the outside world. A cracked display allows moisture and dust to damage sensitive internal components. The touch input layer underneath the glass will often begin to malfunction soon after cracks appear. Once this occurs, it won’t be long before the phone is effectively inoperable.

For the most part, internal smartphone components die a quick death as soon as they’re exposed to high humidity or direct liquid spills. Parts like circuit boards, SSDs, RAM chips, and batteries can be easily fried by a serious short circuit if you’re not careful. Once those internals are damaged, there’s no option but to replace them. The worst-case scenario is the phone will be a total loss.

3. Damaged Screens Can Be a Health Hazard

A cracked glass display on a smartphone can harm you in more ways than you imagine. For one thing, it’s easy to slash your fingers on broken glass if a screen is damaged. What’s more, a cracked or shattered screen is harder to read and puts undue strain on your eyes as you try to decipher icons and text underneath hairline fractures.

While your health is invaluable, it’s easy to quantify the costs of the physical harm from a cracked screen. If you cut yourself badly enough on broken display glass, you can spend hundreds in co-pay costs depending on your healthcare plan. The eye strain a lousy screen can cause may force you to book an appointment with an optometrist for a new prescription.

Nowadays, many people upgrade their smartphones every few years. In a world where smartphones cost hundreds of dollars, your device is a substantial investment. A cracked screen can reduce the value of your phone by hundreds of dollars if you don’t rectify the situation. Having to shell out the cash to replace a smartphone in between paychecks can seriously strain your monthly budget.

Fixing a broken screen early to avoid more serious damage later on can be the difference between a respectable trade-in value and no trade-in value at all. If you do need to fix a broken screen and plan on selling your phone later on, hiring a qualified technician to do the work is the smartest decision. They’ll document their work and give you a limited warranty on the repairs. Having a verifiable paper trail when it comes to repairs will ensure that you can get top dollar for your smartphone if you want to upgrade.

A scratched-up phone is as big of a deal as a dented car as far as appearances go. Like it or not, people judge each other based on how they maintain their possessions. A smartphone is one of the first things about you that another person will take note of when you meet. A banged-up smartphone with a cracked screen screams “I don’t care” to strangers.

The negative consequences of a cracked phone screen extend to both the professional and personal realms. If you’re interviewing for a new job, prospective employers may view your damaged phone display as a sign you’re not serious about your career. If you’re new to the neighborhood and meeting others for the first time, they may assume your phone speaks volumes about how you manage your household. Refusing to spend $50 to $150 on a quality smartphone screen repair can end up costing you a lot more down the line in terms of both money and social capital.

Find a Professional to Repair Your Cracked Phone

The best way to avoid even bigger smartphone problems is to fix a crack before it worsens. Fortunately, cracks in smartphone screens are so common that there’s now an entire industry devoted to repairing cracks and scratches – and there are likely quite a few smartphone repair shops in your own neighborhood. You just need to find the best cell phone repair shop to fix your screen.

To find a reputable smartphone repair shop, start your search online. Search for cell phone repair pros with plenty of reviews so you can check out what other customers have to say, and narrow down your options by considering only those with the best reviews and rating. Honest feedback is the best – and only – way to find a cell phone repair professional guaranteed to fix your screen’s cracks without causing even worse damage.

Like anything, it’s always a good idea to be aware of the latest research. We recommend comparing at least 3 or 4 options before making a final decision. Doing a search online is typically the quickest, most thorough way to discover all the pros and cons you need to keep in mind.