Remember video rental stores? For decades, physically renting a videotape or DVD was the only way to watch new movies at home. Netflix changed that in 1997 with the introduction of rentals shipped by postal service, and 10 years later, Netflix changed the industry once again with streaming video.

Streaming video now lets you watch your favorite movies without ever leaving your couch. For years, Netflix remained unopposed in the streaming video industry it created, but now there are countless competitors – and if you’re looking for a new way to stream movies at home, here are seven Netflix alternatives you need to know. 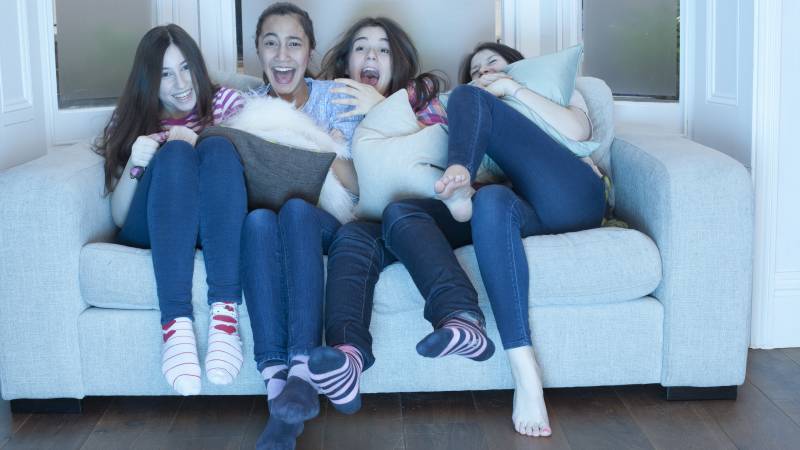 Starz is only three years older than Netflix, but many people consider it a relic of cable TV. However, this is an unfair comparison. Starz first offered streaming options in 2012 with the introduction of StarzPlay, which required a cable or satellite TV subscription, but now all streaming options are available on Starz.com.

At just $8.99 a month, Starz is a solid deal. Original programming includes viral TV shows like Outlander, Spartacus, and Black Sails. You'll also have access to a large library of new releases from studios such as Columbia and Sony Pictures Classic and older titles from Miramax, Fox, and Universal.

Apple's iTunes digital media platform is huge, but it lacks a subscription streaming service for television and film content. On the one hand, that's a great deal for viewers who don't watch much TV. For viewers who do watch a lot of TV, however, iTunes purchases can quickly add up. Consider Game of Thrones. Purchasing the seventh season would cost $28 for individual episodes or $23 for the entire season.

However, there are many reasons to purchase media rather than streaming it through a subscription:

Apple iTunes also works seamlessly across most Apple products, so if you already own a MacBook or iPhone, iTunes will allow you to effortlessly access your media across different devices.

As one of the more flexible offerings in this list, Vudu's most direct competitor is iTunes. The company began as a hardware manufacturer but quickly entered the budding world of media streaming, at which point it offered a few thousand films. Today, that number stands at more than 20,000 films and television shows.

Vudu's strength is two-fold: it doesn't have any subscription fees, and it offers a variety of titles free of charge. Other platforms like Amazon Prime Video also offer free rentals, but you'll need a paid subscription to access it. If you can't find what you're looking for on your existing subscription services, check out Vudu before purchasing it on iTunes or Amazon.

Netflix might have more subscribers, but in many ways, HBO is still king of content. Every year, the company racks up dozens of Emmy nominations and wins, and with three decades of original content available via streaming, you can revisit The Sopranos and other classics while binging on Game of Thrones and Westworld.

HBO offers a selection of news and commentary shows lacking on most other streaming services. Real Time with Bill Maher, VICE News, and Last Week Tonight with John Oliver face no real competition — not just from other streaming companies but from any television company in general.

Unfortunately, HBO is expensive. HBO Now, the streaming-only service, costs $14.99 per month. That's what it costs to get HBO with most cable and satellite TV packages, but you might be able to find a packaged deal that includes HBO at no additional cost.

Hulu offers a second-to-none selection of television programming. Shortly after the company went online, you could find some free shows and movies, but Hulu now offers a variety of subscription plans for all of its content.

Plans are affordable, but, and this is a big but, you'll need to watch commercials for Hulu's cheapest plan. Some people don't mind watching the occasional car or smartphone commercial, but most people do. Many people won't even try Hulu out for this reason alone, but if you want to stay caught up with the most popular sitcoms of 2018, a Hulu subscription offers a huge number of shows.

Everyone knows about Amazon, but the company hasn't done such a great job promoting its Prime service. Most people know that Prime provides free 2-day shipping for many items purchased through Amazon.com, but what they might not know is that Prime also provides:

That's not to imply that Amazon Prime is without any downsides. Many TV shows and movies still require a rental or purchase fee, but that price tends to be about the same whether you're streaming on Vudu, iTunes, or Amazon. Amazon's original programming has some high points, such as "The Man in the High Castle," but it still has a way to go before catching up to Netflix and HBO.

You might have seen a Redbox machine, which lets people rent a limited selection of films, at your local grocery store or Walmart. Recently, the company has expanded into the realm of streaming video. The selection is nothing special, but Redbox has staked out a small corner in the industry by also offering video game rentals. Unfortunately, you'll need to visit a physical kiosk to pick up your PS4 or Xbox One title of choice.

Enjoy Your Favorite Movies and TV Shows Right At Home

Want to catch up on the latest episodes of "This Is Us" without leaving the comfort of your home? You don’t have to have a Netflix subscription to do so. Each of the streaming services or movie companies on this list offers a huge variety of different movies and shows to watch absolutely anywhere at any time. This list is only a beginning, but you'll be best suited by doing some research of your own to pinpoint the best streaming services for your needs.