Apple TV+ Launch: Everything You Need to Know

Announced in October 2016, the Apple TV app was touted as an “all-in-one” content-viewing hub. It would personalize shows and movies based on a user’s own tastes. Plus, it allowed for easy access to iTunes TV shows, movie rentals, and purchases.

In early 2019, Apple decided to tackle the realm of streaming movies and shows without relying on third-party services. Apple’s foray into streaming will come by way of Apple TV+. 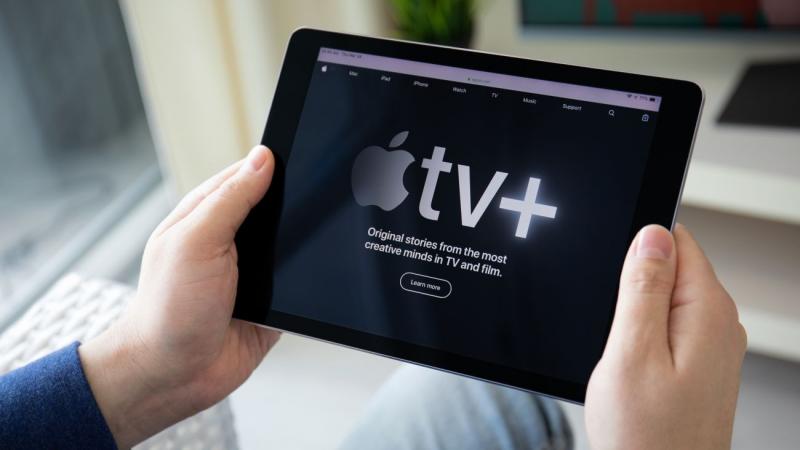 Apple TV+ is Apple’s exclusive streaming service. It will showcase an ever-growing list of Apple Original movies and television shows.

With Apple TV+, Apple is promising that the streaming will be ad-free, have 4K resolution, and support offline downloads. Additionally, the service allows Family Sharing, which allows up to six family members to use one subscription.

Those who love their Apple products can rejoice! Currently, the Apple TV app is already pre-installed on the iPhone, iPad, iPod Touch, Mac, and Apple TV (the actual product, not be confused with the app). It’s important to note, the app can be accessed via Apple TV 4K and four-generation top box products.

For those who don’t love Apple and their devices, there’s still good news. The tech giant has allowed its Apple TV app to become available on smart TVs, ranging from Samsung to Sony, LG, and Vizio.

Netflix junkies need to listen up: the cost of Apple TV+ is a mere five bucks a month for access of up to six people. That’s four dollars less than paying for a bottom-tier subscription with Netflix. Moreover, it’s tons less than the $16 a month “premium” membership.

To boot, Apple is offering a free year’s subscription with the purchase of a new iPhone, iPad, iPod Touch, Mac, or Apple TV. For those wanting to test things out first, Apple TV+ had is a seven-day free trial.

It’s all about the exclusive content these days. As such, Apple TV+ has a lineup of pretty impressive shows and movies that feature high-profile filmmakers and big stars.

With two already seasons ordered, this is the show that Apple hopes will bring plenty of subscribers to the service at launch. Apple is stacking all the cards in this show’s favor with a powerhouse cast including Reese Witherspoon, Jennifer Anniston, and Steve Carell.

Set to launch with the service, The Morning Show exposes all the drama that unravels behind the scenes at a daily morning show.

Staring actress Hailee Steinfeld (Bumblebee and Spider-Man: Into the Spider-Verse), Dickson profiles the life of American poet Emily Dickson. While some may believe this would be a drama, it is a 30-minute comedy that investigates the restrictions of gender, family, and society from the viewpoint of this rebellious young writer.

Much like The Morning Show, Apple has ordered two seasons of Dickson before its November 1 release.

Raise your hand if you wouldn’t mind being stuck in a post-apocalyptic world with Jason Momoa? The backdrop to See is that Momoa, along with Alfre Woodward, navigates through a world that has left all who remain blind.

Developed by M. Night Shyamalan, Servant focuses on a young couple, played by Toby Kebbell and Lauren Ambrose. After the death of their baby, the couple adopts a doll and treats it like a real child.

Subscribers can check this one out on November 28.

Not everything on Apple TV+ is for an older crowd. Apple partnered with the Sesame Workshop to develop multiple shows for kids. The first of which is Helpsters.

Helpsters follows a group of friendly monsters that love solving problems, no matter how big or small. Children of all ages can watch it on November 1.

Although these five shows are some of the most highly promoted, there are plenty of shows and movies exclusively coming to Apple TV+.

The originals confirmed so far are:

With all its enhanced features and a jam-packed lineup of original content, Apple TV+ may have Netflix executives shaking in their boots. With a launch day right around the corner on November 1, only time will truly tell.