Get Ready for Black Friday with These Cell Phone Deals

The best way to score a deal on the hottest – and most expensive – cell phones is to get your phone with a new wireless plan. And, as Black Friday comes closer, cell phone companies are beginning to offer increasingly better discounts on both plans and phones.

Here are the best deals on the best phones on the market right now, and what kind of discounts you can expect heading into Black Friday. 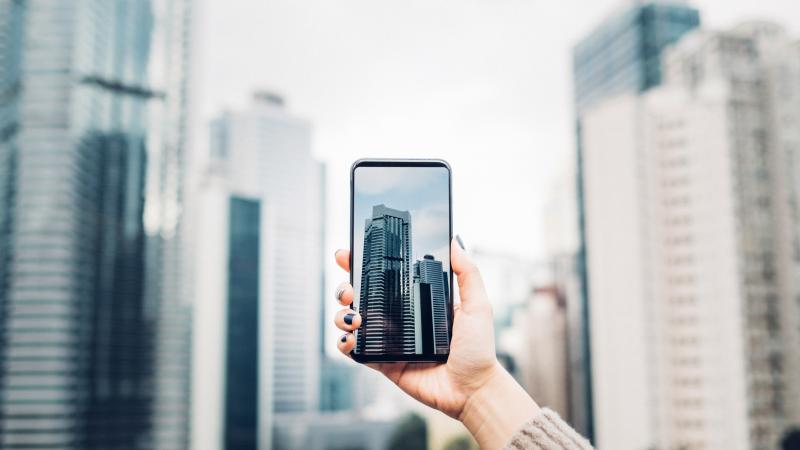 One of the biggest releases of 2018, the iPhone XS Max builds on last year’s impressive iPhone X with all-new features. It’s truly bigger and better, with a larger screen, longer battery life, and faster processing. More durable and water resistant with a stellar camera and dual SIM capability, the iPhone XS Max packs its great features into a 6.5-inch screen with a bright, crisp display.

Since the iPhone XS Max was so recently unveiled and released, it’s seeing few offers. You can get your hands on this impressive Apple phone for $1,099 CNET¹ reports. The iPhone XS Max is expected to see its very first deals as the holiday season approaches.

Google’s smartphone lineup gets better every year, and the release of the Pixel 3 this year cemented Google’s status in the cell phone world. Both the Pixel 3 and Pixel 3 XL are standout phones, featuring bigger screens, beautiful design, excellent cameras, and a perfect wide-angle selfie cam. Front-facing speakers and curved glass screens set these smartphone apart in the little details.

Available right now for $799 with a Verizon wireless plan, The Verge² reports, the Google Pixel 3 is a little more affordable than its competition.

No matter which model of the newest Galaxy lineup you choose, you’ll be getting an amazing smartphone. The Samsung Galaxy Note 9 is a beautiful smartphone with a brilliant screen, dual cameras, top-of-the-line hardware and features, and strong audio. Tech fans will also love the connectivity and network performance of this smartphone along with the somewhat improved fingerprint scanner situated on the back.

You can own a Note 9 for yourself for $840 through T-Mobile right now, PC Mag³ reports. Because Samsung tends to release new models every spring, the holiday season that begins with Black Friday will bring discounts and new lower prices.

A strong competitor this year amid all the other big-name smartphone releases, the LG V40 ThinQ is an incredibly impressive phone. With five different cameras, photographers and selfie fans alike will love this new LG model. Solid battery life and water resistance make this one of the year’s top phones. A 6.4-inch screen, headphone jack, and numerous tools make it a phone you’ll enjoy using.

Right now, wireless carriers are pricing the LG V40 ThinQ between $900 and $980 according to CNET⁴. Because it’s a less popular brand, the ThinQ could see deep discounts and offers with new wireless plans as Black Friday approaches – check to see what your carrier is offering.

Get a Deal on Your Next New Phone

To ensure you’re getting the best deal and the lowest price on your next cell phone, you’ll want to stay in the know about what wireless companies are offering. The biggest cell phone carriers run limited-time deals that change when new phones are released, throughout the holiday season, and around Black Friday.

To find the latest options and deals, you’ll need to search for them. Search for plans that give you new phones at a deep discount – or even for free. As NerdWallet⁵ reports, last year’s Black Friday deals came with gift card bonuses of up to $300, $0 down offers, and even an offer by Sprint that cut new customers’ wireless bills in half if they bought a new Samsung Galaxy.

This year’s Black Friday sales and specials will likely be similar, if not even more enticing. Make sure you know which deals are great and which will save you the most money by searching and comparing offers now.