Google Stadia: Everything You Need to Know

With the meteoric success of entertainment streaming services like Netflix, Hulu, and Amazon Prime Video, it didn’t take long for the video game industry to jump into the fray. Early cloud gaming services were available as early as 2003. However, it took at least a decade to build up a successful model. OnLive was the first to market in 2003, but it was discontinued in 2015 after complaints about video quality and input lag started to turn off avid gamers.

Now, Google is stepping into the fray with Stadia, their own homegrown cloud gaming service. 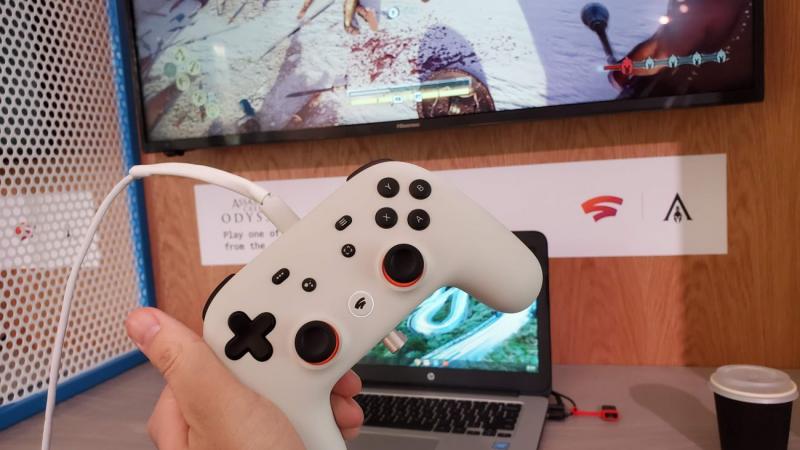 Google Stadia is a cloud gaming service that’s available to anyone with a high-speed Internet connection. It allows players to game on any screen with an Internet connection that supports Google Chrome. This means that your smartphone or tablet can eventually become a gaming device, allowing you to play on the go.

Although Google has announced that it will eventually offer support for iOS and Android, they’ll only be supporting their own Pixel devices. This means the Pixel 2, 3, 3a, and 4 are the only phones you’ll be able to play on this year.

Google is well-placed to solve some of the issues that have plagued other cloud gaming services, simply because of their huge number of data centers that already exist around the world. This will allow them to support up to 4K streams and will even allow them to offer up to 8K resolution in the future.

Plus, Google is making their very own Stadia controller. It has the benefit of connecting directly to the data center via Wi-Fi, rather than being forced to route through your device via Bluetooth, then connect to the Internet. Similar to current controllers, the Stadia controller comes with a built-in capture button, allowing you to record video and images instantly.

If you’d rather not purchase a new controller, you can use any USB controller you already have. However, you may notice more input latency.

Although Google Stadia will eventually release a free Base edition, the first version to be released will be Stadia Pro, which is available for $9.99 per month. Right now, Google isn’t offering any long-term subscription discount, which is unfortunate.

When it’s released in 2020, the Base edition will support up to 1080p resolution and feature Stereo sound. In contrast, Stadia Pro will support 4K video immediately, with 5.1 surround sound giving much higher quality audio.

Stadia Pro users will also get regular access to free games, starting with Destiny 2. The lack of free games is something that some gamers have identified as a potential drawback. Despite that, Google has promised to make new content specifically for the Stadia platform a priority. This will likely mean that Stadia Pro users will have exclusive, free access to first-party games as they’re created.

Google is currently building a few different game studios, so gamers should expect interesting content coming out of there soon.

How Does It Work?

To run Google Stadia, you’ll need high-speed Internet — 10 Mbps at a minimum — with a device that’s capable of supporting a frame rate of 60 fps. Right now, you can buy a Premiere Edition bundle, which includes the Stadia controller, a Google Chromecast Ultra, and three free months of Stadia Pro. This bundle costs $129 and is available to order now. Google has said that they’ll be shipping the bundles out to the earliest purchasers first, so it definitely pays to put your pre-order in as soon as possible.

Gamers who are interested in Stadia have been waiting eagerly to see which video game studios have signed on to sell their games through this platform. Google has announced some pretty big names already, including Assassin’s Creed Odyssey from Ubisoft, NBA 2K20 from 2K Games, and Red Dead Redemption 2 from Rockstar Games.

Currently, Destiny 2 is the only free game that Stadia Pro users will be able to access when the service launches on November 19. Google is planning on offering more free games to Pro users, but it’s a mystery what they’ll be right now.

However, they have announced a few Stadia exclusive games. Two of which we’re going to dig into below.

Gylt is a horror survival game that’s exclusive to Stadia. This extremely creepy game is produced by Tequila Works, the studio responsible for RiME and Deadlight. You play as Sally, a young girl looking for her cousin. To find her cousin, Sally must navigate a creepy and desolate apocalyptic landscape full of monsters and other nightmarish creatures.

The trailer and available stills of Gylt promise a game that’s creepy and emotionally disturbing, with compelling and urgent gameplay. It’s set to debut with the Stadia on November 19.

If the horror of Gylt doesn’t appeal to you, Google has you covered. Get Packed is another one of their exclusives. Coming to Stadia in 2020, it couldn’t be more different than Gylt.

Get Packed is a fun multiplayer game where teams compete to see how fast they can move different objects across a map. Early impressions compare it to Overcooked. Such comparisons promise a fun and goofy game with lots of “calamity and physics-based carnage”.

Although Google initially announced 12 games for the November 19 launch. As of November 17, they have increased their “conservative” lineup to 22.

If you’re interested in streaming or playing video games on the go, you’ll definitely love the freedom that Google Stadia can provide. It offers a lot of the same benefits as a regular gaming platform without the bulky equipment. If you’re still on the fence, best to wait until 2020 when the Stadia Base subscription becomes available.

However, if you’re an avid gamer and know you’ll want early, exclusive access to Google’s newest titles and Stadia-exclusive content, you should purchase the Premiere Edition bundle. This gives you access to Stadia as soon as it launches on November 19.

If you were lucky enough to pre-order the Founder’s Edition bundle, you’ll be ahead of everyone else in line. However, this first pre-order bundle sold out early, so buying the Premiere Edition bundle now is the best way to get the earliest possible access.