HBO Max: Everything You Need to Know

Home Box Office (HBO) established itself as a premier name in television not long after its debut in 1972. In the beginning, the company grew off the back of its promise to deliver commercial-free, uncensored movies to at-home audiences willing to pay a premium. The strategy worked exceptionally well, which led HBO to expand to even more channels. The success of the model also inspired other companies, namely Showtime, to wade in the premium TV waters.

The HBO of today truly began to take shape when it decided to invest in producing programming of its own. The late-90s and early 2000s saw the release of groundbreaking dramas like The Sopranos, The Wire, Six Feet Under, and Deadwood. During the proceeding decade, HBO’s star grew bigger thanks to the success of Game of Thrones, Westworld, Real Time with Bill Maher, and Treme. HBO raised the bar for at-home viewing and anyone who’s ever binge-watched anything is in their debt. 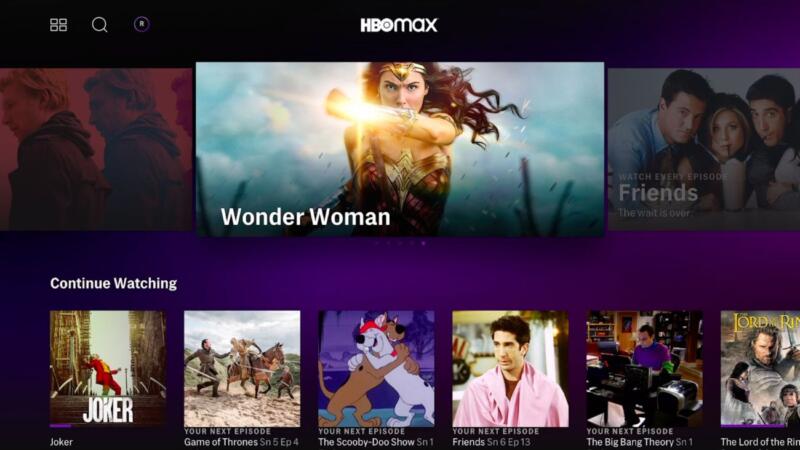 But that’s the past. HBO, as a subsidiary of WarnerMedia, has its sights set on the next summit: streaming. Today, we look at what you can expect to see on the company’s latest venture, HBO Max.

It was only a matter of time before this big game TV player dove into the streaming waters. HBO’s parent company WarnerMedia revealed its intention to launch an over-the-top streaming service as early as October of 2018, but HBO Max wouldn’t officially take shape until late 2019.

Not to be confused with the relatively stripped-down HBO app, HBO Max boasts 10,000 hours of content. This includes the entire HBO library and 2,000 films from big-ticket studios like Warner Bros. Pictures, Universal Pictures, and 20th Century Studios. The service features a personalized streaming experience for up to five users, handpicked movie collections, a curated kids’ experience, and the ability to download content for offline viewing.

HBO Max is available almost anywhere you consume content. I say almost because, for a number of reasons, the app is not initially compatible with the popular Roku or Amazon Fire streaming devices.

You can stream HBO Max on:

If you have one of the aforementioned devices and $14.99 burning a hole in your pocket each month, you are in luck. Though the $14.99 price tag is higher than most of the competition, it’s in line with the price point the company previously set for HBO Now. Considering how much more content HBO Max has, it offers a lot more value than HBO Now.

Better yet, AT&T includes up to one year of HBO Max with particular TV packages. If you’ve already cut the cord, AT&T also offers a 30-day free trial of HBO Max with their internet and phone plans.

Though it may be hard to swallow the cost of yet another monthly streaming service, the content featured in HBO Max is enough to give cable cutters pause. Like Netflix and Disney+, HBO is producing original content to entice customers to their streaming service.

The show’s first season gained a whole lot of buzz. Plus, with a second one on the way, there’s no telling the heights Love Life may reach.

On the Record inspired many a water-cooler conversation when Oprah Winfrey and Apple TV+ walked away from their production deal. It generated even more conversations when it was acquired for HBO Max.

This documentary sets out to add hip-hop mogul Russell Simmons to the #MeToo conversation. It details the sexual assault allegations against Simmons from Drew Dixon, a former A&R executive from Def Jam Records.

On a more wholesome note, it’s Craftopia! This kid-friendly competition show is hosted by YouTube star LaurDIY and celebrates imagination, fun, and crafting.

Each episode sets a group of nine- to 15-year old kids loose in the craft studio of their dreams. The goal? To overcome craft-based challenges within a given time limit using only the items they managed to scoop up from the on-set craft store. The best creation is awarded the “Craftrophia” and a cool $5000.

Bugs Bunny, Tweety Bird, Porky Pig, Daffy Duck, and the rest of the Looney Tunes gang have been reunited in this exclusive, family-friendly HBO Max original.

This isn’t just a content dump of old episodes. Looney Tunes Cartoons is a brand-new series that reinvigorates everyone’s favorite characters for a new generation of kids.

The Not Too Late Show with Elmo

Who said that only adults enjoy evening talk shows? In a surprising double down on the kid-centric programming front, HBO Max launched with an ultra-creative Muppets spinoff.

The Not Too Late Show with Elmo centers around a curriculum of routines. It features guest appearances from Jimmy Fallon, the Jonas Brothers, Batman, and Chris Hemsworth, along with musical performances featuring Ciara, Josh Groban, Dan + Shay, and Lil Nas X.

It’s inventive, educational, and entertaining. Pretty much everything a Sesame Street fan could ask for.

These shows and documentary are only the tip of the iceberg for HBO Max’s original content. There is so much original content that we can’t cover it all here. But we can list it all for you.

Streaming services are the new cable television, and the king of cable entered the ring on May 27, 2020. Sure, it’s $14.99 price tag puts it at the top of the streaming service cost mountain but HBO Max is offering subscribers a whole lot of content.

Better yet, HBO Max has a seven-day free trial on offer if you need more convincing. But be warned, once you start a new show, there’s no turning back.