9 PC Games to Play with the Kids

There is nothing like gathering everyone in your household for an organized family video game night. These events can promote bonding time, create traditions and memories, reduce stress, and help your kiddos to learn important skills such as communication, problem-solving, and social skills.

A video games family night will not only offer you quality time with your kids, but your coolness factor may jump up a notch or two as well! 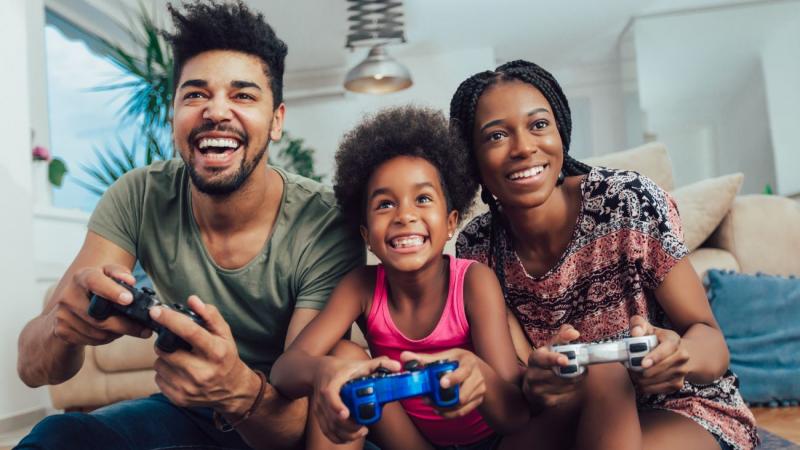 If you have younger children at home, World of Zoo is a great PC game to have on hand.

With a low learning curve, World of Zoo serves as a good introduction to the simulation genre. As such, the game gives players full control to customize and create their very own zoo. These customization options go much further than developing animal habitats. In fact, players can change the sizes, shapes, colors, and patterns of their animals via the game’s Animal Creator.

In addition to the suite of creation tools, World of Zoo has an educational element. Thanks to the included National Geographic animal fact cards, kids and parents alike can learn about over 40 different species of animals.

World of Zoo is available on Steam and the Humble Store for $15. 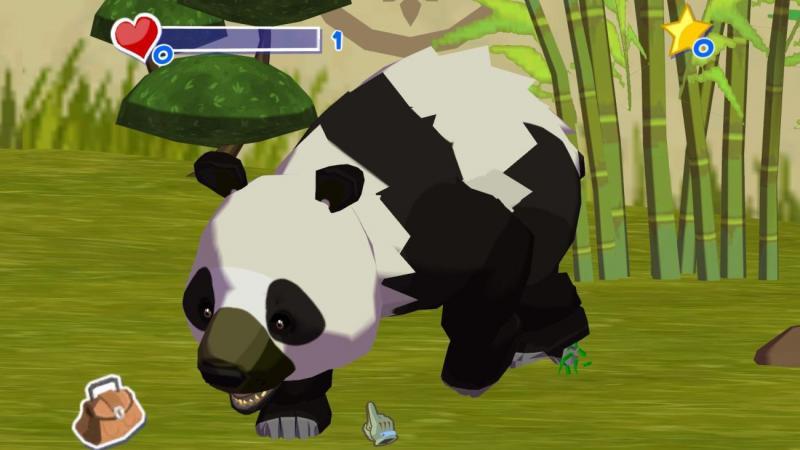 For whatever reason, kids seem to have an affinity for slime and goo. If you want to avoid the mess that comes with the real thing, pick up a copy of World of Goo. Plus, it’ll help bring out your child’s creative side and enhance their problem-solving skills.

This critically acclaimed physics-based puzzle game tasks players with getting as many goo balls to exit pipe. You do just that by building intricate structures using said goo balls. But be careful. If you don’t build it structurally sound, there may be some comical mishaps.

Despite World of Goo being a single-player game, don’t let it stop you from helping your young ones with these brain-racking puzzles.

You can purchase World of Goo on the Epic Game Store, GOG, and Steam for $15. Additionally, you can purchase a DRM-free version from developer 2D Boy for $20. 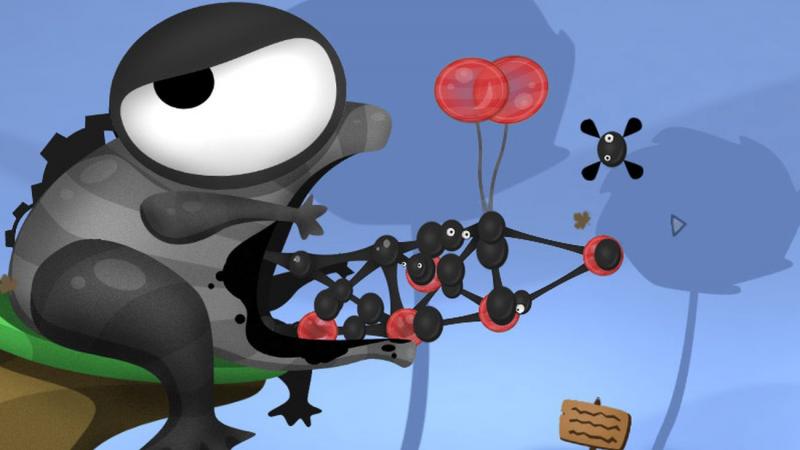 Harkening back to the golden age of local multiplayer, TowerFall Ascension is a four-player fast-paced archery battle royale. As such, it stresses fast reflexes and fierce competition.

While there is a single-player mode, the main event is the hilarious and intense versus mode. In this mode, players duke it out to be the last one standing. As such, players scour the single-screen arena for power-ups and extra ammo, frantically fire their arrows, and master the art of dodging — and consequently catching arrows.

So, grab some snacks and let your family’s competitiveness fly. TowerFall is definitely a great family video game to help your kids build true character.

With a $15 price tag, TowerFall Ascension is available on GOG, Steam, or directly from Matt Makes Games. 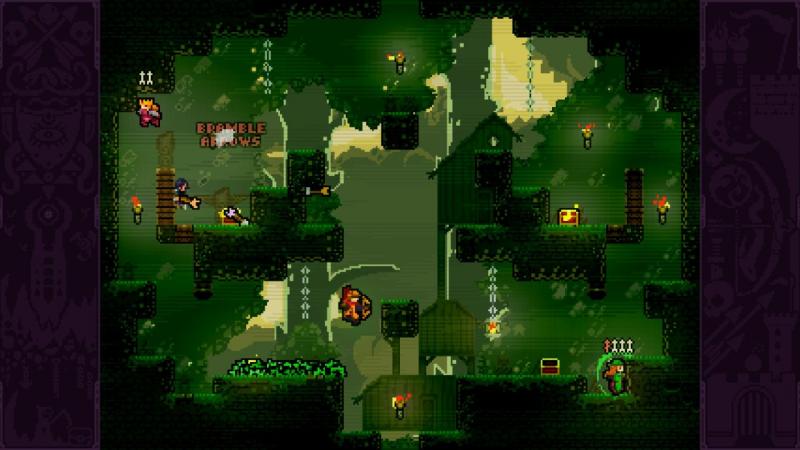 Ever since its release in 2008, Castle Crashers has become synonymous with the 2D beat ’em up genre. The colorful graphics and fluid controls make it an easy game for anybody to pick up and play — even parents.

With up to four players, you and your kiddos can defend the kingdom, crash some castles, and save the princess – all while making some fun and crazy family memories.

Castle Crashers is available for purchase on Steam for $15. 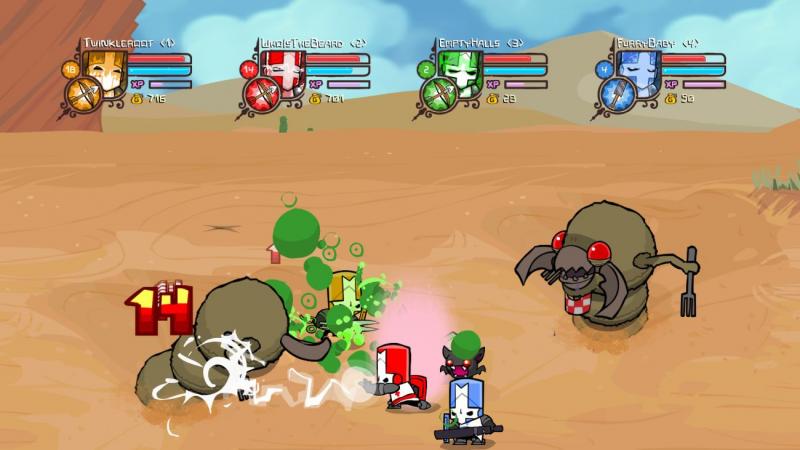 While is a plethora of Lego video games out, there is only one that started this phenomenon — Lego Star Wars. Besides, what’s more fun than humorously re-enacting Star Wars with Lego mini-figures?

The Complete Saga packages the first two Lego Star Wars games into one cohesive bundle. Since the game offers drop-in/drop-out two-player co-op, you can hop in whenever your young one needs some help. Plus, it may inspire your kids to build their own adventures with their Lego sets.

Lego Star Wars: The Complete Saga can be found on GOG, Steam, and the Humble Store for $20. 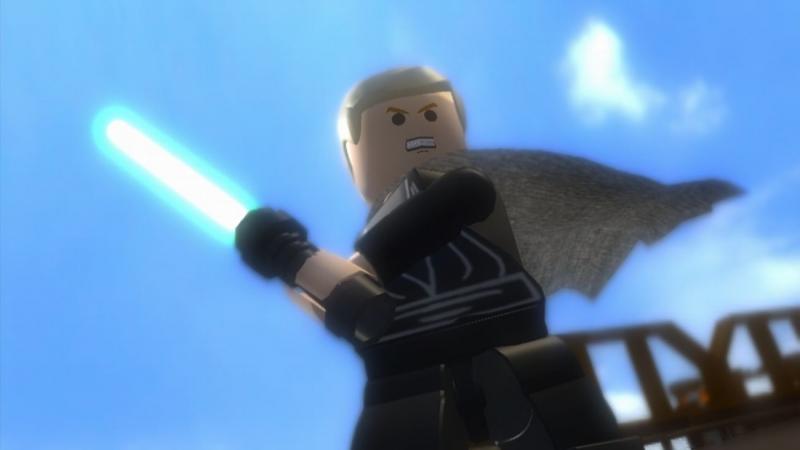 Overcooked is a cooperative cooking game that accommodates up to four players. The main tenet of the game is how wild a play session can get. A group of chefs must handle everything to do with running a kitchen while dealing with the strangest situations. Be it having the kitchen split between two moving vehicles or cooking on an ice floe.

Overcooked is great for teaching your kids about communication and cooperation. Also, you may be shocked to see them getting along for a change, rather than being at each other’s throats.

Priced at $17, you can buy Overcooked on the Epic Game Store, GOG, Humble Store, and Steam. 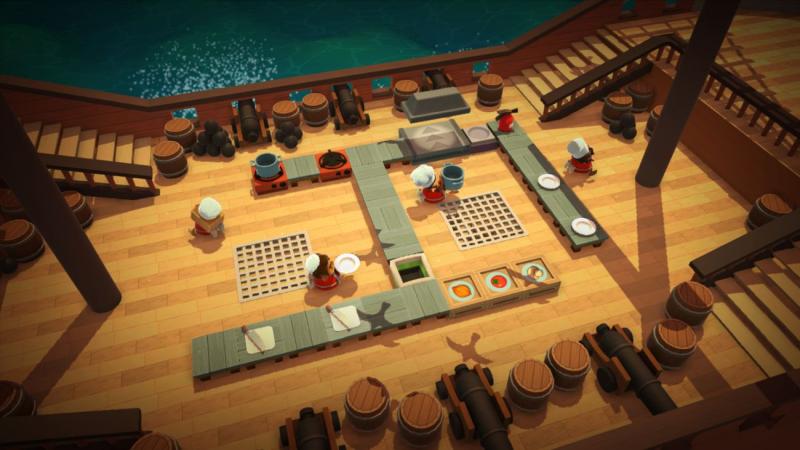 Carve out some regular one-on-one time with your kids by playing Portal 2’s co-op campaign.

Cast as the robots Atlas and P-Body, each player has a portal gun of their own. Instead of having your partner as an extra hand to dispose of enemies — like in other first-person titles at the time — Portal 2 requires each robot to work in tandem to solve each puzzle room.

Considering how involved the co-op is, Portal 2 is an entertaining way to helps kids with their problem-solving skills. Plus, the game’s signature humor will easily keep their attention.

As a Valve-developed game, Portal 2 is a Steam exclusive. You can buy it for $10. 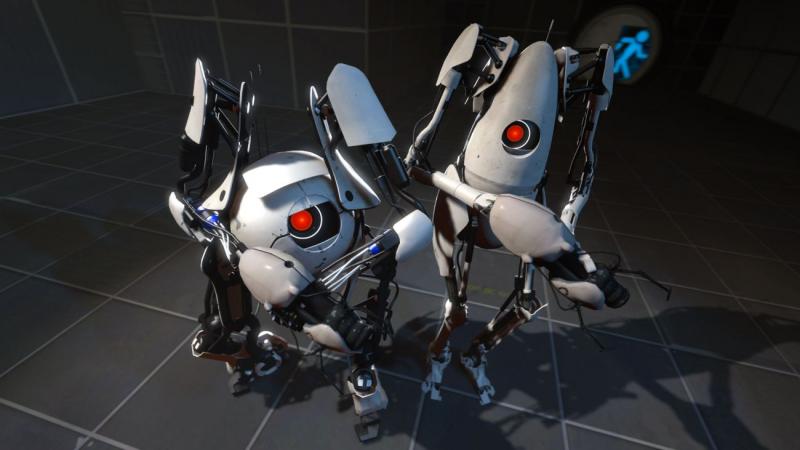 If you are sick of hearing your kids talk about Minecraft, then maybe it’s time to start playing it with them to see what all the fuss is about? In fact, creating a new world with 3D building blocks may be more interesting to play than hear about. Plus, much like playing with Lego, the game helps to promote analytical thinking.

Although Minecraft doesn’t allow multiplayer using the same game, up to 10 people can play at the same time online, but you will need separate copies of the game. Considering the investment, this is the perfect video game for those larger families out there or for those who want to include extended members during their family game nights.

Minecraft is only available directly from Mojang for $27. 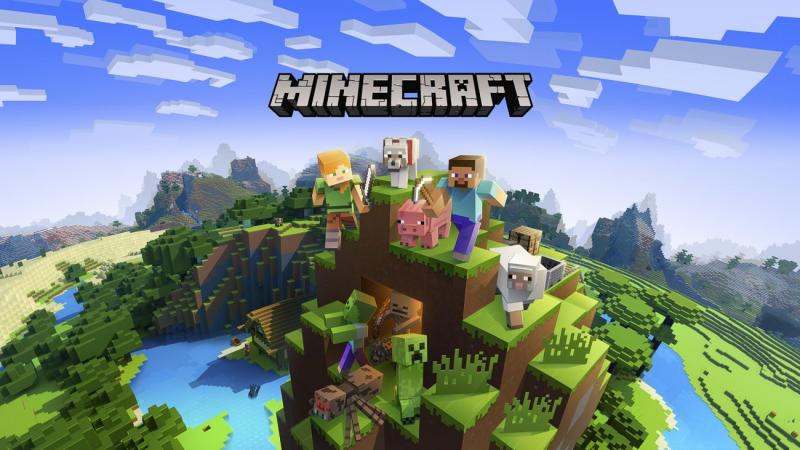 Rocket League is very simple to explain. It’s like playing soccer — but with rocket-powered cars. Also, it’s a great way to teach your kids about the importance of teamwork and sportsmanship.

In Rocket League, matches can be played one-on-one or up to four-on-four at a time. While mostly played online, the game offers split-screen co-op and multiplayer.

You can find Rocket League on Steam and the Humble Store for $20. 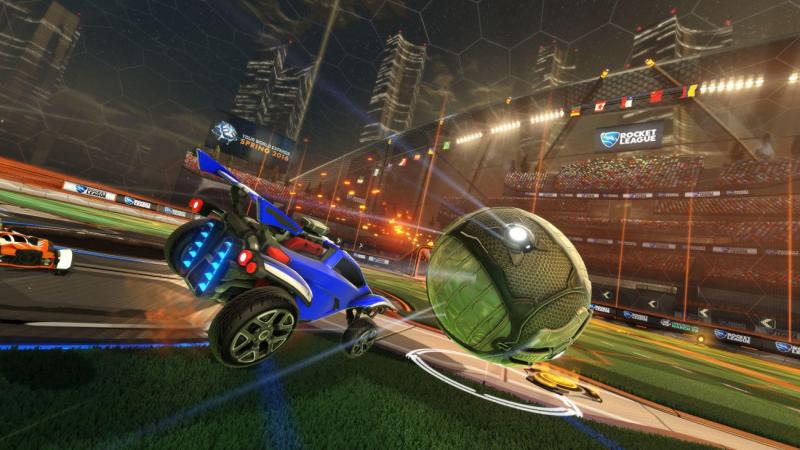