Once Halloween passes, you can start looking for deals on Android phones. In fact, some of the best sales happen on Black Friday and Cyber Monday. However, you don't have to wait that long to see dramatic price drops on the hottest phones of 2019.

To give your shopping a kickstart, we rounded up some of the most impressive Android sales, discounts and freebies happening right now. 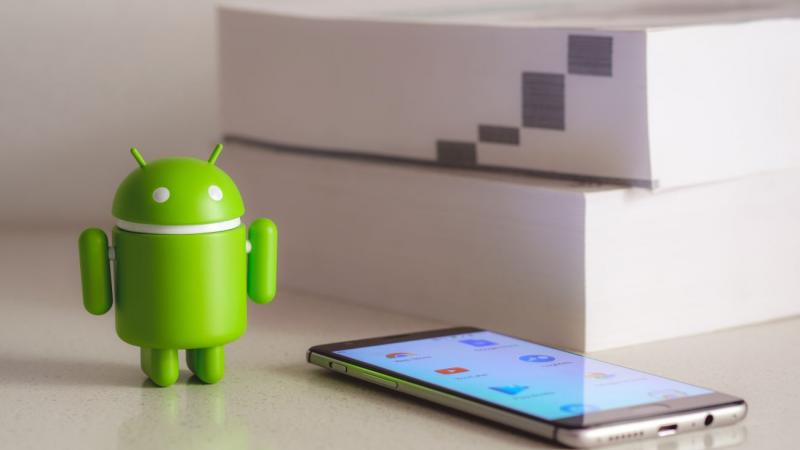 Google's Pixel 4 stepped away from previous models by delivering a sleek glass backing available in three colors. Whether you go with the orange, black, or white, this new model will turn heads while delivering the same high-quality camera and unique features that you've come to expect from the Pixel.

The Pixel 4 has an elevated camera that allows you to take nighttime pictures without a flash and turn portraits into works of art due to a second camera lens. Google Photos delivers unlimited storage space for high-quality photos, so you can store a lifetime of memories in the cloud.

If you thought voice activation features were the height of cellphone technology, allow the Pixel 4 to blow your mind with radar-powered motion sensors. You can control your phone without touching it, which makes it easier to multitask and communicate on the go.

The Pixel 4 is perfect for professionals, students, and anyone with a busy lifestyle. It will support even the most intense selfie addiction and offers practical features that make daily life easier to manage.1

Amazon marked the Pixel 4 down to $700 in early October. Unfortunately, by the end of the month, the deal was over.

While there are no sales on the phone itself, you can score $100 in Google Fi credit when you buy the Google Pixel 4 from Best Buy. Plus, trade-in your current cellphone and you may receive up to $350 toward the new Pixel.2

Fingerprint readers are nothing new in the smartphone market, but Samsung takes the technology to a new level with their Galaxy S10. Rather than positioning your finger over a small fingerprint reader, you simply touch anywhere on the display to unlock the phone. The screen is slick and attractive with an infinity edge that maximizes viewing space whether you select the 5.8, 6.1, 6.4, or 6.7-inch phone.

The screen isn't the only thing performing tricks on the Galaxy S10. Turn it over and you can use the backside to charge other Samsung devices. This feature may even work with some phones, smartwatches, and other portable devices made by other brands. Simply rest the device against the back of the S10 for a juice boost.

Gamers, photographers, and videographers may find the S10 interesting because it's designed with a fast Snapdragon processor, lag-limiting technology, and multiple camera lenses .3

If you don't mind a refurbished phone, Amazon has a "renewed" 128GB model in black for $519.99. Free shipping is included even though this offer isn't eligible for Prime. Keep in mind that renewed phones don't come with earbuds and other items that may come with the brand-new phones.5

Last but not least, Best Buy is now offering up to $550 off unlocked Samsung Galaxy S10s when you trade in a qualifying smartphone and activate the new phone at the store. If you have a phone on the AT&T network, you can score up to $700 for a trade-in when you purchase a new S10 in-store.6

Take a high-quality cellphone camera and triple the power. That's exactly what you get with the triple-camera OnePlus 7 Pro. It's loaded with an ultra-wide lens that captures more in every snap. Plus, it includes elevated settings to capture night scenes with greater clarity. The primary camera lens is the best offered on any OnePlus phone, so this is the best pick if you want bright, clear photos without carrying around a DSLR.

The OnePlus 7 Pro comes with a speedy charger. In fact, it goes from dead to energized in just 20 minutes. You don't even need to turn the phone off while charging because advanced technology prevents it from overheating. That's an added safety bonus that you may appreciate after so many other phones overheat and cause fire hazards.

Gamers may pick up the OnePlus 7 Pro for the Fnatic Mode feature. It allows users to eliminate all distractions and plug into their games without background interruptions. With dual speakers and a stellar vibration mode, games come to life on a phone fast enough to keep up with the action.

The OneNote Plus 7 is an excellent pick for buyers with a budget under $1,000, gamers, and photographers.7

Save $50 on a OnePlus 7 Pro with 8GB of RAM and 256GB storage when you buy from OnePlus directly. Act fast as the price of $649 is only available for a limited time.8

Samsung designed the Galaxy Note 10 to maximize screen space. As such, you can choose between the 6.3-inch display and the 6.8-inch display.

Due to the glossy metal and slick glass, Note 10 has a sleek design destined to grab attention with or without a case. It's also one of the more portable Android phones with a width of approximately eight millimeters.

If the look and feel grab your attention, the 5G chip, 12GB of RAM, and fast processor are perhaps enough to win you over. You can download files and play games with speed and precision on the Galaxy Note 10.

While the phone delivers 512GB internal storage capacity, it can be expanded by using a microSD card. With a microSD, you can add up to 1TB of additional storage. Whether you store your favorite music or create your own videos, this is the Android phone that allows you to store what you create rather than constantly trying to make room.

If you're a videographer, the following features are worth considering:

One final feature that may pull you toward the Galaxy Note 10 — fast charging that lasts all day. In just 30 minutes, you can turn your phone into a sidekick that works about as hard as you do.9

You can guarantee the Samsung Galaxy Note 10 will turn into a hot item for Black Friday. However, it's difficult to find price breaks leading up to the big sales.

If you buy the Note 10 directly from Samsung, you can score some or all the following offers:

These Android phones represent the best 2019 has to offer. As such, you can look forward to steep discounts once the holiday buying frenzy begins. Despite that, there are some good deals surfacing already.

Are you ready to upgrade your phone and want a contract with one of the main carriers? If so, look to Best Buy, Costco, and Walmart for Android phone deals destined to get steeper as we get closer to the end of the year.

If you're looking for an unlocked phone, Amazon is likely to offer steep discounts come Black Friday and Cyber Monday.