The Cheapest Cell Phones of 2018

Are you looking for a powerful, feature-packed smartphone but don’t have the budget for high-end models? Thanks to new technological advances, features once found only in the most expensive cell phones are now available at lower price points, giving you the freedom to choose the model you want without breaking the bank.

Here are some of the cheapest cell phones you can get right now, loaded with features but without a high price tag. 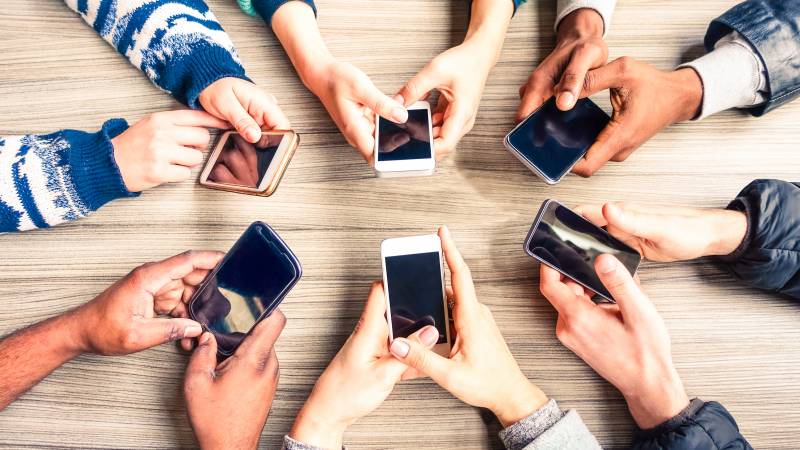 Priced at $199, the Honor 7X runs on Android and works with GSM carriers like AT&T and T-Mobile. Although this limits your choices when it comes to networks, the features may make up for the restriction. It boasts a high-quality 5.93-inch display stretching across the surface of the phone and includes a fingerprint sensor, features found in many of today’s more expensive models. Reliable battery life and a superior processor makes it powerful enough to support streaming media and gaming.

Dual rear cameras provide flexible options for mobile photography and better quality for all your pictures. An 8-megapixel front camera allows you to snap clear selfies and text them to friends or post them to social media.

The Honor 7X is a prime example of a quality phone at a budget price. If you want high-end features for under $200, this phone is loaded with perks normally reserved for phones costing two to three times more.

Rated the best budget phone for 2018 by TechRadar, the Moto G6 packs a range of high-end smartphone features into a model costing only $249. This Android phone can be purchased unlocked and will work on all U.S. carriers, so you’re free to choose the network you want to power your smartphone experience.

The Moto G6 has the look and feel of phones at much higher price points, including a stunning 5.7-inch display and dual rear cameras. You get 32GB of storage with room for microSD expansion for all your apps, games, and media and an 8-megapixel front camera for shooting video and photos. This phone also has a headphone jack, something not found on all new phones.

If you want features like one-button navigation and flexibility in selecting carriers, the Moto G6 offers what you’re looking for in a surprisingly powerful budget model.

Thanks to Apple’s inclusion of the iPhone SE in its lineup, you don’t have to shell out $1,000 to enjoy the iPhone experience. For Apple fans familiar with the iPhone 5S, the SE offers a similar experience with a better suite of features for under $300.

Reviews praise the iPhone SE for its quality construction and performance similar to the iPhone 6S. Upgrades allow access to faster LTE bands for an improved mobile experience, and the phone can be used on any U.S. carrier if you purchase it unlocked.

The iPhone SE runs iOS 11 and includes both Touch ID and the technology necessary to use Apple Pay. With 2 GB of RAM and at least 32 GB of internal storage, it’s a bit slower than some other budget models but still offers a decent smartphone experience. Use the 12-megapixel rear camera and 1.2-megapixel front camera to take and share photos wherever you go.

If you don’t mind the 4-inch screen size, you can enjoy the majority of the features found in more expensive Apple phones with the cheaper iPhone SE. Take note this phone doesn’t have 3D Touch, so some features of iOS 11 are unavailable.

Power and performance usually demand high price tags, but not so with the Nokia 6.1. At under $300, this phone makes the design and speed of pricier models available to budget shoppers. The durable build houses a feature-rich package able to hold its own when compared to high-end models and out-performs phones in similar price brackets.

Note this Android phone only works on GSM networks, so you have to be comfortable with the plans and prices available. However, since the Nokia 6.1 is faster and more powerful than many of the other phones you can snag on a budget, it may be considered a worthy trade-off.

If you’re familiar with the LG G6, the Q6 will feel familiar. You can get this budget phone for under $300 and may be able to snag an even better deal or a sale if you keep an eye out.

As LG’s midrange answer to the G6, the Q6 has fewer features but is still a decent phone for the price. The 5.5-inch screen is accompanied by a 13-megapixel rear camera and a 5-megapixel front camera and is built for multimedia playback. Its 3 GB of ram doesn’t support some of the more complex games in the Google Play store, but it does mean the phone can hold its own against other budget models.

You get 32 GB of internal storage with this phone and, as with other Android models, can expand the storage for more apps, photos, games and media with an added a microSD card. If you don’t mind signing up for a plan on one of the GSM networks, the LG Q6 is a solid phone for the price.

You Can Get a New Phone and Stick to Your Budget

These five phones are just a few of the many available at prices far lower than what big brands charge for the latest models. To find the best phone for your budget and your lifestyle, research models with the features you want. Make sure your preferred carrier is supported or look for deals from carriers to get a phone for even less.

As you shop around, don’t forget to keep an eye out for coupon codes, special deals, or exclusive pricing. Put together a list of the phones you like best and look into every option to save on the list price. You might be surprised by the quality of phones you can get even at some of the lowest price points.