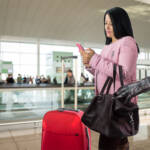 Whether you’re looking to beat the heat at museums or are looking to attend a one-of-a-kind festival, Europe has so much to offer.

Europe may not be the first place you think about taking a vacation during the summer months, but it’s the best time to save money and avoid crowds, especially if you’re staying out of the big cities like Paris and Rome. Keep in mind many European cities go into a slow-down mode during August, but that shouldn’t have too much of an effect on your itinerary. Speaking of itinerary, here are several things we’d make sure is on ours this summer:

There’s still no better place in the world for summer music festivals than Europe and while the best-of-the-best usually happen early in summer, if you find yourself near the Isle of Wight the first week of September, check out Bestival, which mixes both unknown, underground artists with giant names.

Better known as the Running of the Bulls, it’s the world famous opportunity for the brave, and those who have had a little too much to drink, to run through narrow streets while a group of bulls try to make it to the bull ring. While there have only been three deaths since 1981, usually 50 to 100 people are injured yearly. Don’t say we didn’t warn you.

Near the top of the list of many people’s prettiest cities in Europe, Prague still falls outside of the radar of many travelers. Summer brings a wealth of cultural festivals, including the Bohemia Jazz Fest, one of the must-attend events for any jazz lover at least once in their lives. You’ll find food, lodging and entertainment at every price point in this historic city.

If you’re young and looking for a hip place to go that won’t be clogged with typical tourists and irritating lines, check out Krakow, which is just starting to appear on a lot of travel websites’ top European cities for singles lists. An influx of artists over the last decade is a fantastic juxtaposition with the historic architecture. Nightlife and dining options also skew toward a younger demographic.

If you need proof that standing with thousands of other people and hurling squashed tomatoes at each other for an hour isn’t fun, you must check out La Tomatina festival, the world’s largest tomato exclusive food fight in the small Spanish town of Bunol on August 30. There’s a history as to how this event got started, but it’s largely trivial. The most important thing to know? You’re going to get messy, as Bunol’s residents love to splatter tomatoes on absolutely every surface and person during this fun annual festival.

This famous film festival filled with celebrities takes place each year in the spring, but it’s not like you’d be able to afford your way into this French playground that week, anyway. It’s still expensive, but visiting Cannes in July or August will allow you to see how the well-to-do live without breaking your budget. While the famed topless beaches are becoming a thing of the past, skip the sunburn and check out both the history and art museums which are some of the best you’ll find outside of Paris.

16 days of folk music and German beer in mid-September. Need we say more? An annual celebration of the end of summer and the start of fall, Oktoberfest is a festival that both Germans and visitors from all around the world adore. You’ll get a chance to enjoy local food, such as a special sausages and regional favorite sauerkraut, as well as a wide array of different beers. Once you’ve gotten your fill, you can explore the different events of Oktoberfest and check out the surrounding sights of Munich.