International travel is a rewarding experience that lets you see the world outside your home country. Many foreign nations attract millions of tourists each year due to exceptional weather, magnificent historical sites, and welcoming local cultures.

Unfortunately, some businesses that serve tourists take advantage of a foreigner's lack of experience with local customs to earn extra profit. These sneaky, unfair tricks prey upon innocent travelers’ naivete. But the threat isn’t solely in shops and restaurants – there are other ways travelers get ripped off while traveling the world. 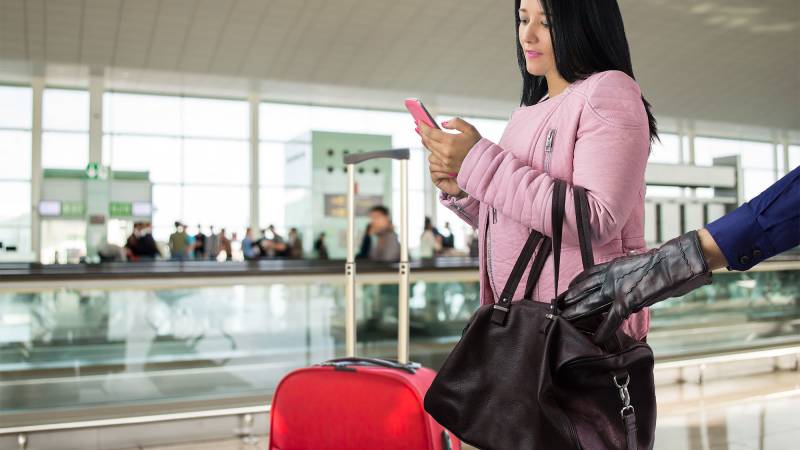 To avoid getting ripped off when traveling abroad, look out for these common scams travelers face.

One of the easiest ways to spend money abroad is to use your bank debit card when making purchases. However, leading card companies, such as Mastercard and Visa, will make you pay a surcharge of about 3 percent when you use your bank card to make purchases in a foreign country. ATM machines also demand an extra withdrawal fee of about $5 for foreign travelers, and this fee is charged in addition to ordinary ATM fees.

Worst of all, credit card companies exchange your money into the local currency at expensive rates that often exceed 5 percent. Instead of paying an incredibly high exchange rate as well as all of the fees that come with a debit card, rely on cash alone.

The easiest way to avoid bank card fees is to carry a significant amount of cash with you to your destination. To spend cash, however, you will have to exchange your money into the local currency. Unscrupulous currency exchange dealers often target foreign travelers who are unfamiliar with prevailing exchange rates. Dealers may attempt to give you a poor exchange rate because you are a foreigner, or they may even try to invert currency exchange rates in an attempt to prey on gullible travelers.

Before exchanging your money into the local currency, check online reviews to ensure that a dealer is reputable. One of the smartest ways to exchange your currency is to do so in the US before you leave on your trip.

Foreign airports often sell international SIM cards for travelers. Unfortunately, the SIM cards marketed to foreign travelers tend to be offered at exorbitant rates since foreigners are often unfamiliar with local prices. Some stores will even attempt to charge fictitious telecom sales taxes.

The best way to ensure that you pay the same rates as local residents for data and international calling is to buy from reputable telecom companies. You can also minimize your need for cellular service by relying on free texting and calling apps that connect you with anyone in the world using Wi-Fi.

Taxi services in foreign nations are often poorly regulated, so taxi scams tend to be widespread. Unscrupulous taxi drivers focus on airports where a steady stream of first-time travelers can be willing to pay as much as 10 times the local taxi rates without hesitation. You should conduct research before arriving so that you can recognize reasonable rates for taxi services. Or, avoid scams altogether with apps like Uber or Lyft.

Hotels are inexpensive in most foreign countries – high-quality hotels can be reserved for less than $20 per night. Major international hotel companies, however, often charge the same rates in foreign countries as they charge in Westernized cities.

Don’t overpay for a big chain. When booking your hotel reservation, use online reviews to find a reputable hotel company offering competitive rates. If you are booking for a week or more, don’t be afraid to haggle with the hotel manager to obtain a substantial discount.

When traveling abroad, eating local cuisine is a great way to acquire a rich understanding of a nation's culture. Additionally, inexpensive local cuisine often attracts travelers who expect to save money.

Some restaurants, however, are set up to attract foreign travelers. These establishments often charge rates travelers are accustomed to paying in their home countries. Before going into a restaurant, look around to see if the diners are local residents. If locals avoid a restaurant, it’s certain to be a tourist trap that charges too much.

Tips are customary in Western nations, but different cultures around the world avoid tipping. In foreign countries, businesses that expect tips in Western nations simply charge higher rates instead of asking for gratuities. To avoid paying more than you have to, do some research on tipping customs. If you’re unsure about whether you need to pay a tip, asking other customers can be a good way to find out whether you need to leave a tip.

Make sure you’re aware of common tourist scams before hopping on a plane for your next international trip. These are only a few ways tourists can find themselves spending way too much. Each country and every region have different customs as well as different types of crime, so it’s important to know how you could get ripped off before you arrive.