Have You Fallen for These Bad Pieces of Advice?

The Internet is an amazing thing. Not only has it democratized information like never before, but it contains the answers to just about any question you can think of.

Unfortunately, that wealth of knowledge is a double-edged sword, since not all those answers are good, intelligent, or accurate. When it comes to health advice, there is some especially bad information floating around the web. 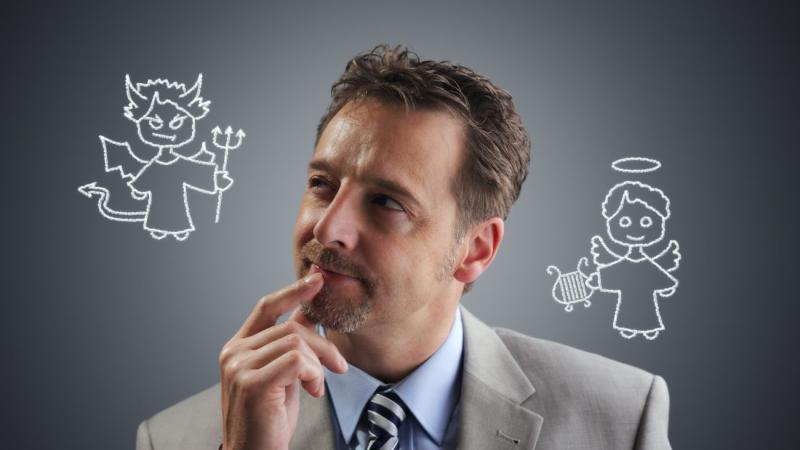 When the sun’s ultraviolet rays hit our skin, our bodies create Vitamin D, which is an important nutrient that helps us process calcium and strengthens our bones.

In recent years, some health websites have claimed that skipping sunscreen is the most natural way to get more Vitamin D However, experts say that going sunscreen free isn’t going to provide you with a worthwhile amount of the nutrients. Actually, it will speed up the aging process and increase your risk of skin cancer. Doctors recommend that you stick to sunscreen and take a vitamin supplement instead.

You may have heard about the ancient Ayurvedic practice of “oil pulling” being a natural way to whiten your teeth, heal your gums, and detoxify the body.

Originating in India, oil pulling involves swishing a teaspoon of oil — typically coconut oil or sunflower oil — around in your mouth for 20 minutes. Doing so supposedly draws the toxins out of your mouth.

While oil pulling certainly can’t hurt you and could potentially offer some very minor antibacterial benefits, it’s definitely not a replacement for actually taking care of your teeth with regular brushing, flossing, and dentist visits like some people claim.

Some of the best bad Internet health advice comes from Goop — Gwyneth Paltrow’s infamous lifestyle blog — which seems to be aimed at the fabulously rich and incredibly stupid.

One of Gwyneth’s favorite treatments is a “mugwort v-steam”. This “treatment” involves sitting on a throne that blasts your lady bits with steam to “cleanse your uterus”.

However, gynecologists say that not only is it impossible for the steam to reach your uterus, but it’s also totally unnecessary to clean your down south parts at all. The vagina is already a self-cleaning organ that’s doing just fine on its own. So, herbal steam could potentially throw off your PH balance and lead to discomfort.

Aromatherapy can be very relaxing, but can it improve your mental health? Well, some online resources claim that depression and anxiety can be relieved through the use of essential oils like lavender, ylang-ylang, sandalwood, and basil.

While essential oils can be a great complementary treatment for relieving depression and anxiety, experts say that it could potentially be very dangerous to rely on them in lieu of medicine or therapy.

It’s hard to believe that we have to explain why drinking your own pee is a bad idea, but here we are.

If you Google “urine therapy”, you will find tons of resources and testimonials claiming that the practice of drinking, bathing in, and massaging with one’s own urine can boost your immune system, prevent hair loss, fight cancer, and everything in between. Also, there are claims that “big pharma” doesn’t want you to know about the benefits of your urine because they can’t profit off something you make yourself.

Let’s just listen to the medical experts on this one, who say that urine therapy enthusiasts are just taking the piss.

Removing Your Own Moles

While moles and skin tags can be unsightly and embarrassing, it would be way more embarrassing to have to explain that your huge scar is the result of a botched home mole removal.

Some websites claim that by tightly tying dental floss around a mole or skin tag, you will cut off the blood flow and make it fall off on its own. However, dermatologists point out that this can often lead to dead skin or even a dangerous infection. Instead, they recommend that you book an appointment with your doctor where they will freeze the mole and remove it quickly, safely, and painlessly.

Gwyneth Paltrow seems to be unusually concerned with other people’s vaginas.

Not only does she think you should steam clean it, but she also recommends that you insert stone rocks — often made of jade or rose quartz — into your “yoni” to help strengthen, tone, and remove bad energies. Conveniently, Goop sells these egg-shaped rocks for just $66 apiece.

Despite Paltrow’s claims, gynecologists don’t recommend sticking things in your yoni as it can lead to toxic shock syndrome.

No one is sure where it began, but at some point, the Internet became obsessed with toxins and the need to “cleanse” them from our bodies. Cleanses following junk food binges are especially popular and the more stringent and punishing the cleanse, the “healthier” we feel.

However, medical experts say otherwise. Thanks to our liver and kidneys, our bodies already detoxify themselves all the time, no matter what we eat. Additionally, a cleanse will probably do more harm than good since they can’t provide enough calories or nutrients.

Considering thorough acne treatments tend to be expensive or require a prescription, it can be tempting to try one of the easy home remedies you’ve seen on Pinterest or other social media sites.

Baking soda, rubbing alcohol, lemon juice, and toothpaste are just a few of the ingredients that can supposedly help you achieve clean skin on a budget. However, dermatologists say that these substances could be harmful to your skin. Rubbing alcohol and toothpaste are too harsh, lemon juice is too irritating, and baking soda can throw off your natural PH balance resulting in more skin problems.

If you thought a juice cleanse sounded bad, buckle up!

Bloggers, wellness sites, and celebs can’t stop raving about colon cleansing. This cleanse involves irrigating the colon to flush out left behind toxins that supposedly cause everything from weight issues to skin problems.

Despite these claims, doctors say that there’s no evidence of any such harmful toxins in our colons. Plus, they say that colon irrigation can result in a perforated bowel or kidney failure.

The Internet was “abuzz” when Gwyneth Paltrow revealed that she had tried apitherapy, an ancient practice that involves purposely getting stung by bees.

Believing that bee venom has healing properties that can help everything from cuts and scrapes to arthritis, apitherapy can involve injecting or topically applying bee venom. Hardcore apitherapy enthusiasts prefer to have angry bees placed directly on their exposed skin.

While you might think this is stupid but harmless so long as the patient doesn’t have a bee allergy, one woman in Spain actually died from apitherapy suddenly after two years of regular treatments.

When your advice is so bad that NASA feels they need to step in, you should probably stop and reassess.

A company called Body Vibes claimed that their energy balancing stickers were “pre-programmed” to target imbalances and were made from the same conductive carbon material NASA uses to line space suits. A NASA rep clapped back by stating that their spacesuits don’t contain conductive carbon material linings at all and called the product “a load of B.S.”

Guess who had previously raved about these stickers? Gwyneth Paltrow, of course!