Here’s Why You Should Plan Your Next Vacation in January

Traveling isn’t cheap. From airfare totaling hundreds – or thousands – of dollars to expensive hotel rooms to overpriced resorts, it’s hard to find vacation options within your budget. But there’s a secret to scoring cheap airfare and vacation deals: you need to plan your travel in January.

Whether you’re looking to escape the winter blues for somewhere warm or want to get a jumpstart on your spring break planning, there’s no better time to book your vacation than January. Here’s why you need to act fast once the first of the year arrives. 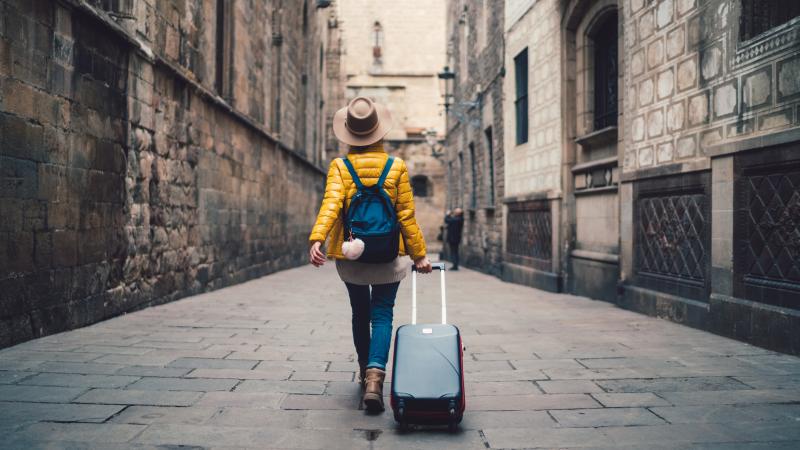 January Is the Best Month for Cheap Airfare

January may be one of the coldest months of the year, but it’s the best to start planning and booking your warm-weather travel. And it’s also a fantastically affordable month to vacation during.

During January, vacation deals appear on everything from hotels to resorts to airfare. And if you’re planning on flying anywhere in the months ahead, you won’t find cheaper airline tickets than those offered in January.

As Skyscanner¹ reports, the first two weeks of January are when the lowest airfare prices of the entire year appear. Right after the new year begins, airlines drop their ticket prices by hundreds of dollars – and that’s on flights during the month of January and for the rest of the year.

Skyscanner² found that during January, you can score discounts averaging:

Simply searching for airfare during January can net you significant savings and knock hundreds of dollars off the cost of your tickets. Who wouldn’t want to travel abroad for a nearly 40% discount, or head to a new U.S. destination at a steep discount? During the first two weeks of the year, you have the chance to do exactly that.

Prices Go Up When Spring Arrives

If you wait to plan or book your vacation, you’ll wind up paying a lot more – particularly on airfare. Prices remain relatively cheap throughout January, seeing their rock-bottom prices for the entire year early in the month. February brings a slight increase in airfare, adding anywhere from a few dollars to a few hundred dollars to ticket prices.

But if you wait until March, you’ll really pay for it. In the month of March, domestic U.S. flights see a significant price increase, jumping by 13% according to Skyscanner³. And international flights increase by 56%, becoming incredibly expensive.

March may be the month when you’re planning your spring break travel and your summer vacation plans. But you won’t want to run the risk of waiting. It could cost you hundreds of dollars more on absolutely any vacation – and that’s in airline tickets alone.

How to Find These Deals

January may be a month in the middle of winter, but it’s the perfect time to start your vacation planning for the year. The post-holiday slump – the time after the new year when no one is traveling – entices airlines and vacation destinations to offer significant discounts, special offers, and affordable incentives for those in the know.

And if you know when airline tickets are going to hit their lowest prices of the entire year, you’ll be ready to take advantage of these limited-time discounts. Plan to book your spring and summer travel during the month of January to save the most and catch incredible deals. You could travel the world at a steep discount or visit countless U.S. cities at affordable rates.

In order to find these cheap airfares and other discounted deals, you’ll need to do your research. When January arrives, spend some time searching online for airline offers and specially priced tickets to different destinations. Compare airlines’ pricing and offers for where you’d like to travel, and make sure you’re searching regularly to catch the absolute best deal and price available.