The start of a new year means a brand-new model year has arrived for automakers: the newest vehicles are rolling onto dealership lots, and new car shoppers are seeing exciting new choices. If you’re currently considering buying a car, there’s nothing as alluring as the thought of driving away in the latest model.

As enticing as shiny new 2018 vehicles are, don’t rule out a new car from 2017. Though 2017 is over, dealerships still have quite a lot of the previous year’s cars. 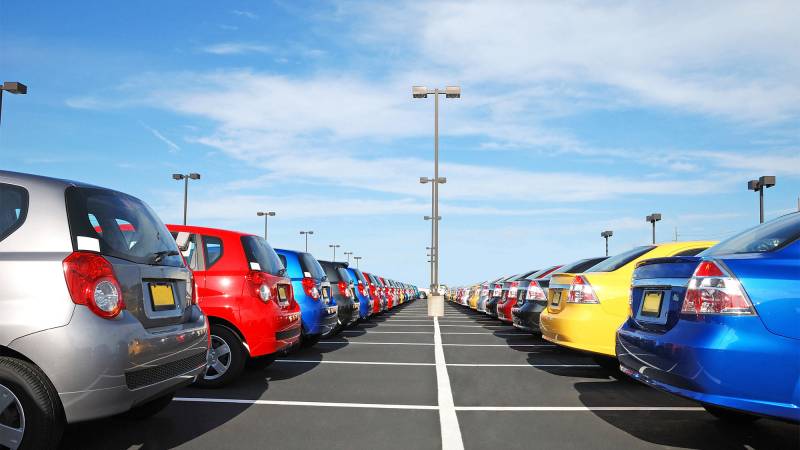 Automakers need to sell those 2017 models, but they also need to sell the new 2018 options. Shopping for a new vehicle when the model year rolls over gives you an important choice: should you purchase a 2017 vehicle at a discount, or should you invest in a brand-new 2018 model loaded with bells and whistles? This determines important details, from the price to the vehicle’s design.

How do you know which is the right decision?

A new car is a huge purchase. It’s expensive, requires careful research, and is something you’ll have to live with for years. You don’t want to spend upwards of $20,000 and realize you made the wrong choice.

But what makes a 2018 car better than an equally new vehicle released just a few months ago?

Both 2017 and 2018 cars might be new–but on some particular models, “new” might mean entirely redesigned. Every so many years, automakers need to completely overhaul certain vehicles. They may be outdated, poorly designed, or failing to sell.

If you purchase a car that was redesigned for 2018, you may not want to consider the previous year. Not only would an earlier model be outdated, but it might have some serious mechanical issues. Do your research to make sure that you won’t be worse off.

Both Model Years are Brand New

Though 2017 sounds outdated and 2018 seems more current, visit your local dealership and you’ll discover that every car on the lot is new.

The 2017 models available at dealerships are just like the fresh 2018s: they’re low in mileage, only accumulating miles from test drives and moving around the lot, and maintained by the dealership. These models are brand-new cars in every respect– they were simply made in a different year. The differences between 2017 and 2018 will be either nonexistent or minimal, like small changes to included features.

How to Get The Best New Car Deal

The most important factor for most new car buyers is money: is there a way to get a deal on a vehicle? Is it possible to save thousands of dollars and still get a brand-new car with everything you want?

The trick to finding the best deal and the lowest price on a new car is to compare your 2017 options to the 2018 choices.

With the newest vehicles ready for sale, dealers want–and need–to clear 2017 models off their lots as quickly as possible. Manufacturers want the lots filled with 2018 cars; the newest models can be sold at full price.

To get rid of 2017’s “old” cars, dealerships start slashing prices. The total purchase price will drop by thousands of dollars, and there also may be incentives offered by your local dealership. Low financing, better lease terms, or cash back might all be used to make a sale.

Cars depreciate the most in value during the first year of ownership. Buy last year’s model, though, and depreciation slows down. As soon as the next model year is released, the previous year’s cars are already worth less–and the rate of depreciation is much less than that of a shiny new car. Buy a 2017 vehicle and you won’t experience an immediate loss of 11% driving it off the lot. And the rate of depreciation continues to slow down the longer you own the car.

How much could you save over the lifetime of your car just by choosing one earlier model year? If you’re planning on selling your vehicle in the future, you could earn additional trade-in money that totals thousands of dollars.

How to Find These Deals

Are you ready to begin your search for your next new car? It starts with the decision to purchase a 2017 model year or a 2018 model year. Compare the different benefits to owning last year’s latest or this year’s newest, and determine which is better for your budget and driving needs.

It’s important to head into the new year armed with the most up-to-date knowledge of the current new car deals. As fewer 2017 models remain on dealership lots–and as some dealerships struggle to sell these previous year cars–prices and discounts will change.