Inside 2017's Most Exciting High-Tech Cars

Car manufacturers have recently unveiled a number of groundbreaking technologies that will forever change the automotive world. Whether you are looking for a new sports car or a fuel-saving hybrid, you can expect it to come loaded with innovative features.

Let’s check out the most exciting high-tech cars of 2017. 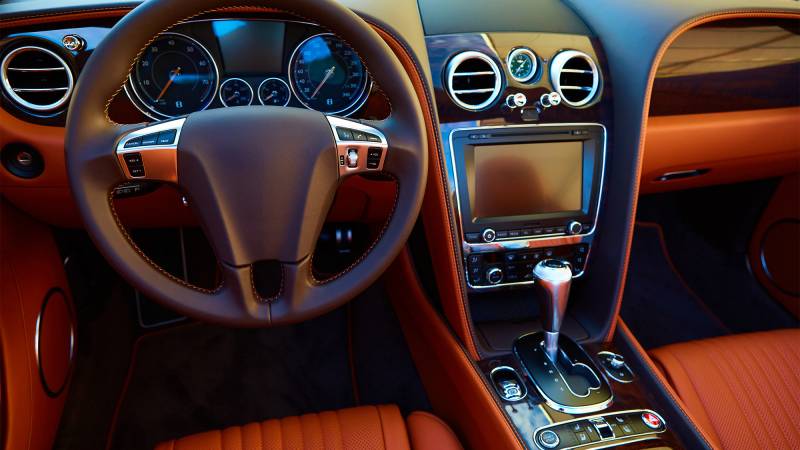 The Chevrolet Volt is one of highest-rated hybrid vehicles on the market. Not only does the new Volt get top marks for its environmentally friendly design, but it is also remarkably safe and comfortable. It’s hard to overlook the Volt’s sleek exterior styling.

Drivers love the Volt’s all-electric drive mode, which enables you to travel more than 50 miles without consuming any gasoline. Regen On Demand braking technology helps replenish the car’s battery pack as you drive. If you happen to run out of juice, the Volt’s hybrid engine will take control. An EPA-estimated fuel economy rating of 43 mpg in the city and 42 mpg on the highway puts the Volt among today’s most energy-efficient cars. However, quick acceleration and responsive handling make the Volt especially entertaining to drive.

On the inside, the Volt surrounds you with modern technology. Mounted within the gauge cluster, the Volt’s multi-info display enables you to quickly access important data–like battery life. A built-in Wi-Fi hot spot and a touch-screen infotainment system come standard as well. Available as an option, the Driver Confidence work to protects you with low-speed automatic braking and lane-keep assist.

No other electric vehicle on the market is as exciting as the new Tesla Model S P100D. It’s the perfect luxury sedan for drivers who desire the rare combination of speed and efficiency. If you’re like most consumers, you may find yourself gawking at the Model S P100D’s stunning interior.

Equipped with a sophisticated battery pack, the new Telsa Model S P100D has a spectacular driving range of 315 miles. This means you can take an out-of-town road trip without needing to stop for a recharge. Among the sedan’s most amazing talents is its mind-numbing acceleration. The vehicle’s Ludicrous Mode allows it to clock a staggering 0-60 time of 2.5 seconds. This feature makes it one of the quickest production cars available! You’ll be embarrassing sports car drivers on an everyday basis.
As expected, the 2017 Tesla Model S P100D comes loaded with a lot of high-tech goodies. Your attention will immediately gravitate towards the car’s 17-inch infotainment display. It’s safe to assume you’ll be amazed by the interface’s high-resolution visuals. Telsa also offers a few cutting-edge safety technologies. When activated, the Auto Pilot system enables the car to steer itself in especially dire situations.

With a starting price of more than $320,000, the hand-crafted Rolls-Royce Wraith is a vehicle that the average driver simply can’t afford. However, it remains one of the most luxurious coupes in the world. If you manage to get behind the wheel, expect to be amazed by the Wraith’s sheer power and an extensive list of elegant features.

Under the hood of the new Wraith sits a massive 6.6-liter V12 engine. Despite its elegant appearance, the Wraith deliver a beastly 624 horsepower and up to 642 lb.-ft. of torque. And although the big coupe weighs more than 5,000 pounds, it still manages to deliver blistering acceleration. When tested on the track, the Black Badge edition recorded a thrilling 0-60 time of 4.3 seconds.
As with any Rolls-Royce, you can expect the Wraith to offer an extreme level of luxury. Rear-hinged doors allow passengers to easily step inside. Unlike most coupes, the new Wraith provides ample legroom for rear passengers. A four-zone climate control system enables everyone to choose their preferred temperature. A plethora of advanced safety innovations are available. The most noteworthy is the unique satellite-assisted transmission. The vehicle is sent information regarding the surrounding terrain and the transmission automatically adjusts to provide the smoothest ride. Regardless of your surroundings, the Wraith seeks to give you a pleasant drive.

The American-built Corvette Stingray certainly deserves to be mentioned among today’s best sports cars. It’s easy to fall in love with its iconic styling and sensational performance capabilities. Furthermore, the new Corvette Stingray is comfortable enough to drive on an everyday basis. A MSRP of $55,450 makes it a deal that’s hard to pass up.
As fans would expect, the Corvette Stingray comes equipped with a brawny V8 engine. Chevy tweaked it to produce a gut-wrenching 455 horsepower and 455 lb.-ft. of torque. Efficient gearing enables this powerhouse to return up to 26 mpg, which is fairly impressive for American muscle. From a performance standpoint, very few sports cars in this price range can outmatch the Corvette Stingray. Aside from its impressive 0-60 time of 3.7 seconds, the Corvette Stingray also delivers world-class handling. When equipped with the dynamic Magnetic Ride Control suspension, it becomes a comfortable highway cruiser that can also double as a weekend track machine.

Despite Corvette Stingray’s racing pedigree, it still packs plenty of modern technologies. Some of the standard equipment includes a 4G Wi-Fi hot spot, a powerful Bose sound system, and a touch-screen interface. Featuring a high-definition camera, the optional Performance Data Record can provide video footage of your entire driving experience. It can also be used to log performance data such as lap times, g-force, and average speed. Although some safety technologies are limited, the Corvette Stingray does benefit from an advanced traction control system.

With the ability to return a combined 58 mpg, the 2017 Hyundai Ioniq is easily the most fuel-efficient car on the market. A reasonable starting price of $22,200 makes it a practical option that won’t break the bank. Environmentally-conscious drivers will be thoroughly impressed by the Ioniq. Whether you’re interested in it’s incredible fuel savings, or its interior–which largely consists of recycled materials–the Hyundai Ioniq is actively working to reduce its carbon footprint.

Several fuel-saving technologies are found on the new Ioniq, including brake regenerative technology and an exclusive EcoShift transmission. Although the Ioniq isn’t noted for being a quick performance machine, its 139-horsepower hybrid engine still feels lively. If you’re looking to have more fun, activate the car’s Sport mode. It enables you to experience snappier acceleration and more responsiveness from the steering system.

Even the base Blue trim comes loaded with popular features such as push-button start and a touch-screen display. Featuring Clari-Fi Music Restoration technology, the optional sound system upgrade will be a must-have for some drivers. The 2017 Hyundai also offers plenty of innovations that help keep you safe. In the event that another vehicle or pedestrian suddenly crosses your path, Hyundai’s automatic emergency braking may prove to be a lifesaver.

These exciting new high-tech cars offer features once thought unimaginable, making driving more exceptional and comfortable than ever before. Upgrade your car to one of these models, and you’ll be ahead of the pack.