Inside the 2018 Ford Escape

The Ford Escape is a car that consistently ranks as the best of the best for drivers—and the 2018 Ford Escape is expected to remain one of the top-selling vehicles in America. Newly updated in many ways, this compact SUV is attracting more attention than ever before.

There’s a lot to love about the latest model year of the Escape. Drivers are already raving about its stylish tweaks. They love the small crossover’s versatile interior design and engaging performance. Fresh exterior styling makes the Ford Escape even more appealing. A spacious cabin enables the Escape to easily accommodate a family of five. With an attractive starting price of $24,845, it proves to be a great value that some drivers won’t be able to pass up. 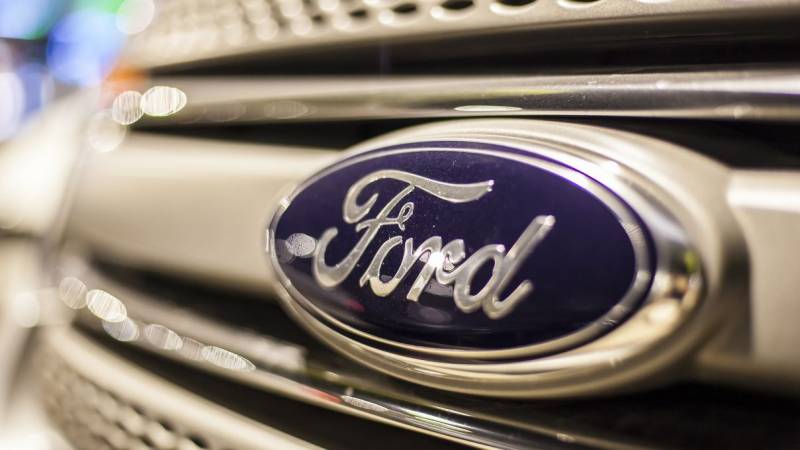 Here’s everything you need to know about the 2018 Ford Escape.

Under the hood of the base S model sits an economical 2.5-liter, four-cylinder engine. With a total output of 160 horsepower, it develops just enough performance for most drivers. A six-speed automatic transmission comes equipped on every new Escape. Standard on the SE and SEL models, the 1.5L EcoBoost engine delivers an even stronger performance. Ford tweaked the turbocharged four-cylinder to develop a healthy 179 horsepower.

Atop the lineup sits a larger 2.0L EcoBoost engine, which comes exclusively on the Escape Titanium. It churns out an exciting 245 horsepower and 275 pound-feet of torque. A swift 0-60 time of 6.8 seconds puts the Titanium model among the quickest crossovers in the Escape’s segment. Rated to tow up to 3,500 pounds, the Escape Titanium will have no trouble hauling pop-up campers and small fishing boats. Both of the available turbocharged engines can also be paired with an intelligent AWD system.

Although the Escape is not built for serious off-road adventures, it does perform well in the tough terrain that snow brings. On the road, the 2018 Ford Escape is a blast to drive. Zippy acceleration and sharp handling help the Escape feel sportier than most of its competitors.

Among the Ford Escape’s highlights is definitely its good fuel efficiency. When equipped with the base engine, you can anticipate getting an EPA-estimated 21 mpg in town and up to 29 mpg on the highway.
Meanwhile, models equipped with the 1.5L EcoBoost engine return an even more impressive 23 mpg in the city and 30 mpg on the open road. Amazingly, even the powerful Titanium model can deliver up to 28 mpg, combining an impressive engine with decent fuel efficiency. All-wheel drive slightly lowers this SUV’s gas mileage. The good news is that every model in the lineup develops full power using regular unleaded fuel—so you can rest easy knowing you won’t spend much at the pump.

If you are on a tight budget, the base S model’s standard features should keep you satisfied. Smartphone integration and Bluetooth connectivity are two technologies you’re bound to use on an everyday basis. Some of the other high-tech conveniences added to the 2018 Ford Escape at all trim levels include a backup camera, a 4.2-inch display screen, and voice recognition.

Boasting upgrades such as heated front seats and satellite radio, the SE model rewards you a bit more luxury. You can also opt for Ford’s top-rated Sync 3 infotainment system, which benefits from Apple CarPlay and Android Auto. Along with the Sync 3 technology package comes navigation and a more powerful sound system.

Many people consider the new SEL model to be the best value in the lineup. It includes all of the SE model’s options plus leather upholstery and a hands-free tailgate. For drivers who want all the bells and whistles, Ford offers an even fancier trim level: the upscale Titanium model. While the Titanium model’s booming Sony sound system will impress music lovers, its automatic parking system makes life easier for city dwellers.

Boasting a 5-star overall safety rating, the 2018 Ford Escape provides excellent crash protection. You can also find comfort in this crossover’s effective antilock braking system. No matter where you drive, you’re safe in the event of sudden stops and unexpected incidents.

Aside from the base S model, all of the other Escape trims can now be equipped with a Safe and Smart package. This set of options provides a number of useful driving aids. When a potential crash is detected, the automatic emergency braking system helps you to avoid disaster by bringing the SUV to a quick stop. Meanwhile, blind-spot monitoring determines if there is an oncoming vehicle in the next lane. Some of the other technologies found in the safety package include adaptive cruise control, lane-keep assist, and rear cross-traffic alert. Both high-tech and impressively protective, this package makes every day on the road a little safer.

How It Stacks Up Against the Competition

In terms of handling, the Ford Escape feels a bit nimbler than its rival crossovers. Upon driving the Escape on a twisty road, you will immediately notice its athletic handling and responsiveness. While the Toyota RAV4 is a popular choice, it came up short in safety by only earning a four-star front crash rating.

Furthermore, the Ford Escape can be equipped with a far more potent engine. In comparison to the Honda CR-V, the Escape’s excellent SYNC 3 infotainment system gives Ford’s popular SUV an advantage.

Pros and Cons of the 2018 Ford Escape

Test drivers have a lot of positive things to say about the 2018 Ford Escape. They certainly appreciate the small crossover's sharp driving dynamics. The powerful Escape Titanium model is especially engaging to drive. Luckily, you can have fun without sacrificing fuel efficiency.

Styling is yet another strong point for the new Escape. Featuring a set of 19-inch black wheels and blacked-out exterior trim, the Sport Appearance package transforms the Escape into a showstopper. Excellent crash-test scores enable every family to ride with an extra peace of mind.

There are only a few cons to the newest Ford Escape. If you decide to stick with the base model, don’t expect to be amazed by its overall performance. The Escape also offers less cargo space than some of its main competitors, including the Honda CR-V and the Toyota RAV4. Although the average driver will not complain about the Escape’s fuel economy, an optional hybrid engine would make it more appealing to eco-friendly motorists. In contrast to small crossovers such as the new 2018 Jeep Cherokee, the Ford Escape can't handle seriously rugged terrain.