Although being a parent is a huge responsibility, it’s also a blessing and a privilege.

Perhaps the only thing better than being a parent is being a grandparent. Not only does it include all of the fun parts of child-rearing with fewer of the not-so-fun parts, but grandparenthood also comes with a myriad of positive effects on your physical, mental and emotional well-being.

Numerous scientific studies have shown that many of the elements that come with being an active grandma or grandpa can improve your outlook, your immune system, and even your life expectancy. Not to mention that it’s good for your children to have help and for your grandchildren to have you around as well. 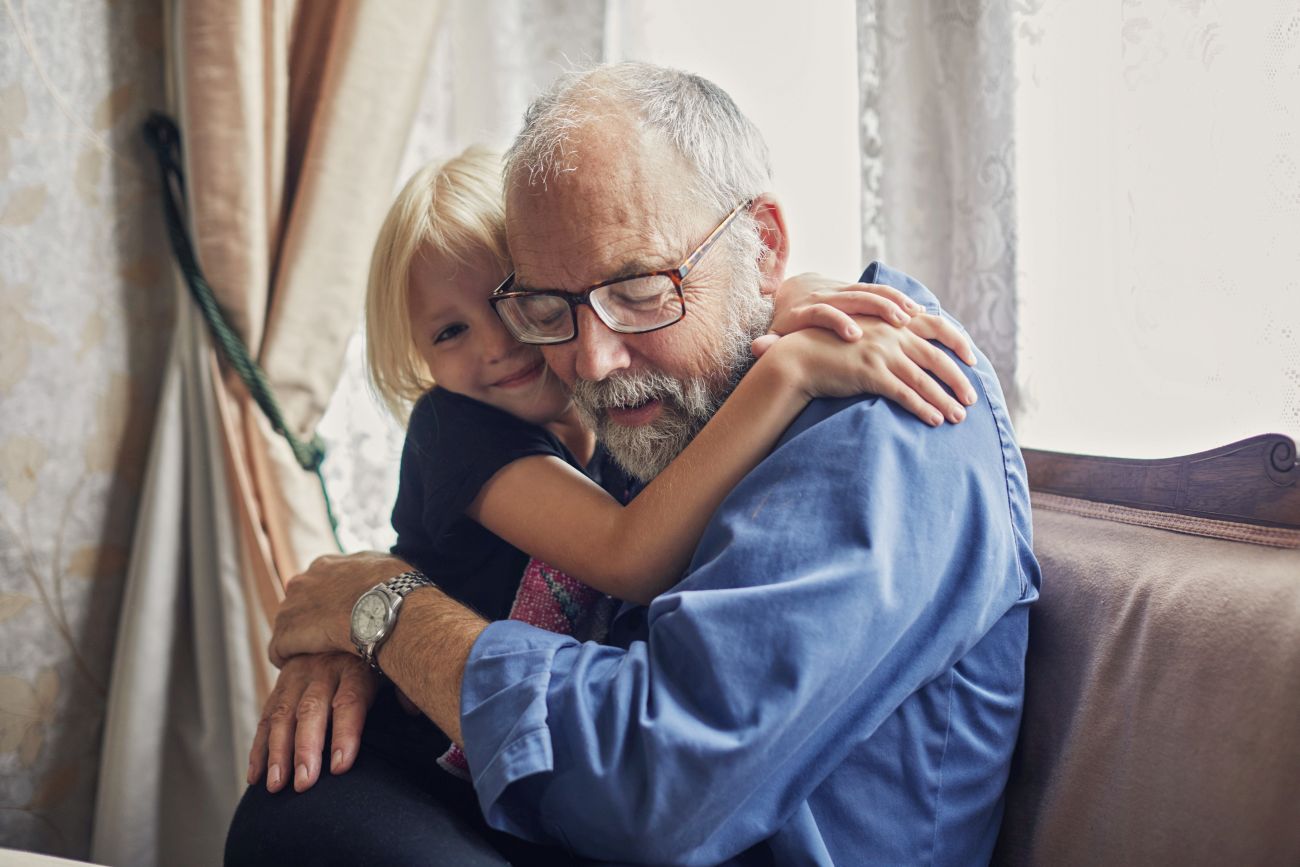 Benefits of Being an Involved Grandparent

There are plenty of benefits of being an involved grandparent, including the following.

It’s Good for Your Body

Chasing after a young one can be a lot of work. Think back to when your children were small and how many calories you probably burned just from carrying or following them around.

There’s no question that exercise and higher activity levels are linked to improved strength, energy, mobility and overall physical health in old age. So, whether you’re lifting a heavy toddler or taking the grandkids to the museum, you can feel good knowing that the time you’re spending with them is upping your activity levels and improving your physical health. This is in addition to being fun.

It’s Good for Your Brain

As we get older, it becomes just as important to look after your brain as it is your body. Cognitive abilities, like memory, processing speed, language, and executive function, naturally decline as we age. Unfortunately, that process can be accelerated when our cognitive abilities aren’t exercised and can even lead to diseases like Alzheimer’s.

Older adults who have high functioning cognitive abilities share the traits of being physically, socially, and intellectually active — which are all benefits that can be gained by being an active grandparent. One study discovered that women who baby-sat their grandchildren once a week scored higher on verbal fluency tests, while another concluded that involved grandmothers enjoyed a lowered risk of Alzheimer’s disease.

However, the former found that women who spent too much time with their grandchildren — five days a week or more — scored worse on cognitive tests. In conclusion, don’t be shy about handing them back to their parents once they’ve worn you out.

It’s Good for Your Mood

Children are funny, inquisitive, and energetic. Therefore, it’s no wonder being around your grandkids can improve your mood, lower your risk of depression, and reduce stress.

A study conducted by the Institute on Aging at Boston College discovered that a strong relationship between a grandparent and their grandchildren can lead to a lower risk of depression. Additionally, they found that the stronger the bond was, the more the mood-boosting benefits were observed.

If you want an extra jolt of happiness, research has also established that physical interactions, like hugs, cuddles, and handholding, can boost your oxytocin levels. In fact, the boost in oxytocin helps to reduce stress and stave off loneliness.

It’s Good for Your Overall Health and Life Expectancy

You might think that chasing after kids in your later years would wear you out faster. In fact, spending time with your grandchildren has even been found to increase life expectancy.

As we’ve already established, being an involved grandparent can result in improved activity levels, better brain function, healthier social life, and lower stress levels. As research shows, all of these elements are among the essential ingredients for a happy life with a lowered risk of diseases such as cancer, Alzheimer’s, and heart disease. Plus, having grandchildren can be a great motivator to live healthier by eating better, exercising more, and breaking bad habits like smoking or drinking, which can all improve your health and extend your life.

A study by Edith Cowan University in Western Australia studied the life expectancy of people who regularly spent time with their grandchildren. They found that these people lived up to five years longer than people who were not involved in their grandkids’ lives.

It’s Good for Your Kids and Grandkids Too

Aside from the benefits that you’ll get from spending time with your grandkids, both they and their parents have something to gain from your visits too.

Parenting a young child is hard work. By giving your kids a hand with their parenting duties, you’re easing their stress and sharing your knowledge and experience with them. Additionally, you’re strengthening your bond with them as you do it.

As for your grandchildren, they too will benefit from spending time with you. The aforementioned Boston College study also found that children who had grandparents in their lives experienced lower rates of depression.

How to Best Spend Time with the Grandchildren

Now that you know why you should try to spend more time with your grandchildren, here are some ideas for how you can spend that time even more wisely.

Go for a Walk

Between television, the Internet, and smartphones, kids today have a multitude of activities that are encouraging them to stay inside and on the couch. As you get older, you are also likely to be less active than you once were.

These reasons are why going outside for a walk is the perfect activity for grandparents to do with their grandchildren. Not only is it encouraging both of you to step away from screens and be more active, but being out in the sunshine means you’ll both get a boost of Vitamin D. Vitamin D is essential for building strong bones as your grandchild grows and as you age.

If you have access to a park or wooded path, walking in nature is even more beneficial. Studies have shown that people who go for nature walks experience fewer negative emotions and a lowered risk of depression than those who do not.

Once you’ve exercised your bodies with a brisk walk outdoors, exercise your minds and help pass the time by playing your grandchild’s favorite game.

Puzzles, memory card games, and board games aren’t just fun for kids, they are a great way to keep your mind sharp and improve your memory, processing speed, and overall cognitive health. Even those video games your grandkids can’t seem to get enough of can have positive side effects.

With enough practice, you may even get good enough to win a round or two!

One of the best things about having a grandchild in your life is that you can pass down wisdom, traditions, skills, and stories that will stay with them for the rest of their lives. Teaching your grandchild about your favorite hobby, showing them how to cook or bake something using a family recipe, or telling them a funny story about when their parents were kids are all great ways to strengthen your bond and share some of your wisdom.

Sharing stories, in particular, comes with added benefits for both the teller and the listener. In fact, sharing family stories has been found to reduce anxiety and depression, strengthen bonds, and increase one’s self-esteem and sense of identity.

No matter how old you get, you should always be open to learning something new. While there are plenty of things you can teach your grandkids, there are also a few things that they can teach you.

Ask your grandchildren to share one of their hobbies with you or teach you a game or a song that they know. Not only will you learn something, which helps keep your mind sharp, but you’ll also be helping them to develop their communication skills.

Technology is an especially good thing to learn about from your grandchildren since they probably know their way around your computer better than you do. Enlist your grandkids to teach you how to download a phone app or send an email if you don’t already know how.

Don’t listen to the old saying that you “can’t teach an old dog new tricks”. With the help of a young pup, you can learn something new, improve your overall health and well-being, and form a special bond with your family that will last a lifetime. Why Everyone Needs a Primary Care Doctor Why Everyone Needs a Primary Care Doctor

Per capita, the average American spends around $9,400 on health care every single year — and that number is only going to rise with inflation. American prescription drugs and pharmaceuticals are some of the most expensive in the world. In addition to expensive drugs, our doctors and nurses get competitive salaries. Although this allows them […]

Read More about Why Everyone Needs a Primary Care Doctor