Looking for a Trendy New SUV? Check Out These Affordable Upcoming Models

SUVs are the most in-demand vehicles on the road today. Drivers are ignoring passenger cars in favor of SUVs, leading auto companies to create new models and new options every year. And with no sign of slowing down anytime soon, this means some exciting SUVs will be released in the coming months and years.

Automakers are responding to the demand for SUVs by introducing exciting new models that fill gaps in their lineups. And they’re also bringing back a few old favorites, completely revamped and better than before. But what’s most surprising is that many of these new SUVs are affordable. 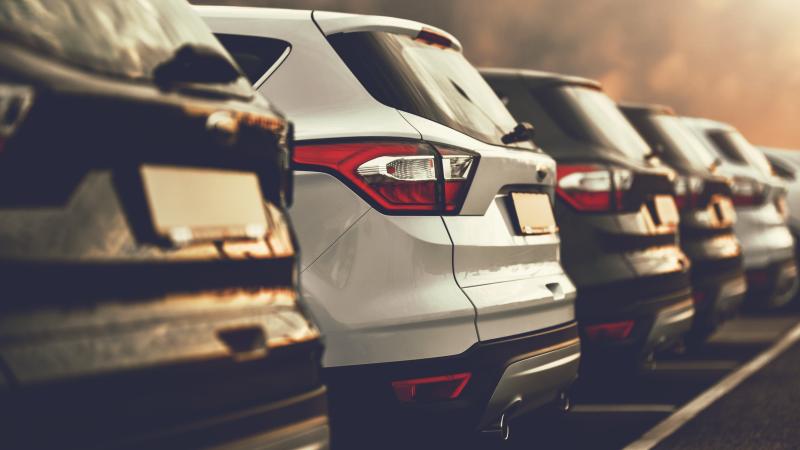 That’s right: there are plenty of exciting new SUVs headed to your local dealerships, and they’re priced below $30,000. Here’s a sampling of just a few of these cool new SUVs coming in 2020 and 2021.

Mazda already has a solid lineup of SUV models. But in 2020, the Mazda CX-30 will be joining the pack – and it offers a cool new take on a crossover.

The 2020 Mazda CX-30 will be a compact SUV – it’ll be bigger than the subcompact Mazda CX-3 and smaller than the CX-5 midsize SUV. And it will be designed to look like a blend between the Mazda 3 sedan hatchback and a traditional SUV. With multiple engine options, upscale features inside the cabin, and all of the latest technology, this upcoming SUV won’t break the budget, but it will look good.¹

Coolest Features: The Trailblazer is already getting attention for its expansive suite of driver assistance features. Multiple cameras and options like adaptive cruise control, automatic emergency braking, and pedestrian braking will all be helpful behind the wheel.

If you used to drive – and love – your Chevrolet Trailblazer, you’ll be excited about Chevy’s 2021 lineup. The Trailblazer is making its return to dealerships, and it’ll be even better than before. Since the Chevrolet Trailblazer disappeared in 2009, many fans have missed it. And that’s why it’s getting a redesign and relaunch for the 2021 model year.

The revived Trailblazer will be a crossover, filling the current gap in the Chevy lineup between the small Trax and moderately sized Equinox. With cool styling options, like a two-tone paint job, and a roomy interior, this new SUV will be even more interesting than its predecessors.²

Coolest Features: The new Bronco will be an off-road vehicle, with rugged features like a set of rumored removable doors for open-air driving and a possible open – or even removable – roof.

Until the mid-1990s, the Ford Bronco was one of the most popular SUVs on the road. You probably even see old models still driving around today! And all that love for the original Bronco is exactly why Ford is relaunching this classic SUV in 2020. The new Ford Bronco will be a tough SUV that’s designed to hit the open road. And it’ll be a good fit for anyone who loves off-roading, featuring new technology and bold capabilities to suit any adventure.

Ford is keeping pretty quiet about what, exactly, the new Bronco will include and look like. But you can get your first glimpse soon. The Bronco will be arriving in early 2020 according to Ford, so you may be able to get behind the wheel soon.³

Coolest Features: The Encore GX will come with plenty of options, including three different trim levels, engine choices, and even a long list of driver assistance technology that can add to your on-the-road experience.

You may already know the Buick Encore well. But in 2020 you’ll find a new SUV hitting dealership lots: the 2020 Buick Encore GX. A bit bigger than the original Encore and smaller than the Envision, the Encore GX will be Buick’s answer to a bigger take on a subcompact SUV.

And the Buick Encore GX is an entirely new SUV for this automaker. It’s three inches longer than the basic Encore, and it packs a bigger cargo area. But what really stands out about the Encore GX is its all-new platform, powered by all-new engine options. This SUV will be the first in Buick’s lineup to try out a supposedly quieter and more fuel-efficient combination.⁴

Discover More About These New SUVs Before They’re Available

These brand-new SUVs may not be available just yet, but drivers and reviewers are already excited about their arrival. And throughout 2020 and into 2021, you’ll be able to give these impressive models a test drive for yourself.

What’s most exciting about these SUVs, though, is their affordable price. Each one of these SUVs is rumored to fall between $20,000 and $30,000. And this means they’ll offer budget-friendly SUV options that aren’t currently available.

If you’re interested in these upcoming models, you’ll want to do your research before they hit dealership lots. Exact prices will be revealed as release dates get closer, and dealerships will be able to start offering test drives. You can also learn more online about these SUVs to see if they’re a smart choice for you.