Miss Your Flight? Here’s How to Get Rebooked for Free

Traveling by airplane makes traveling to any destination easier, reducing your time on the road by hours. Fail to arrive at the airport on time, however, and your travel experience might be more stressful than you anticipated.

If you have a habit of cutting your airport arrival time close, you might miss your flight one of these days. When that happens, changing your travel plans could cost you a lot more money – but fortunately, there are a few ways to rebook a flight for free when you can’t make your original reservation. 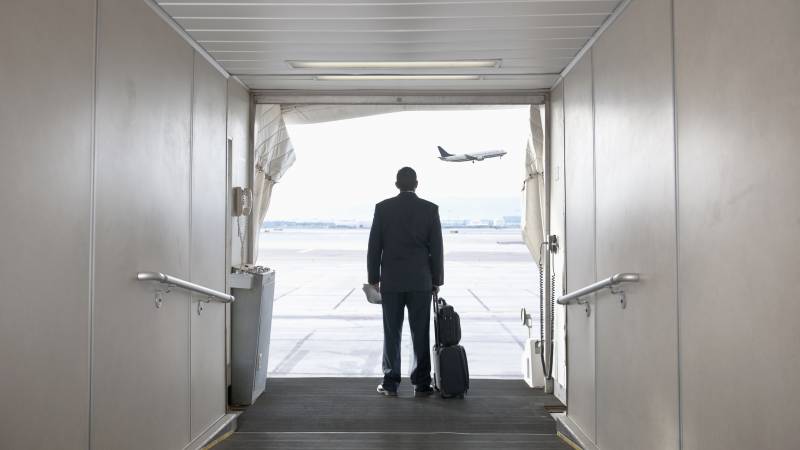 There’s no hard-and-fast rule that allows airlines to cut you some slack if you’re delayed, but airlines can often go out of their way to help passengers who are running late. Many passengers reference the Flat Tire Rule, which is an informal guideline: if you’re already running late before your flight’s departure, the airline can choose to get your rebooked on another flight for free.

Most written airline terms and conditions don’t expressly delineate this policy. Instead, it’s a discretionary rule that allows gate or ticket agents to rebook you for free because they understand that you’re human and things happen. The Cheat Sheet explains that this rule is invoked on a case-by-case basis.

In some situations, getting rebooked for free means you might have to fly standby. Sometimes, you may be confirmed on the next flight out. It just depends on how full flights are that day.

To make the most of this rule, it’s a good idea to call the airline as soon as you know that you might be late. Let the representative know that you’re having car trouble or stuck in traffic. If your flight hasn’t left yet, the airline may be able to hold it. It’ll help if connecting flights are delayed and the airline is waiting for other passengers.

If it looks like you’ll definitely miss your flight, the agent might be able to rebook you over the phone. Then, you can just show up at the airport, put your feet up, and wait to board another flight.

Ask the Airport to Page the Gate Agent

The gate agent works with the airport and the pilot to decide when to close the cabin door. If you can call the airport directly instead of the airline, you can ask to speak to the gate agent. It helps if you already know the gate from which you’re departing.

Depending on the nature of the crisis, the agent might be able to stop the flight from leaving. According to Outside, gate agents are qualified to give away your seat within 15 minutes of departure. They’re likely to try to hold your spot if they know for sure you’re on your way, however.

Ask for a Later Flight

Once you’ve definitely missed your flight, it’s usually beneficial to get help at the airport. You may have already confirmed a seat on another flight over the phone. If you haven’t, get help at the ticket counter, gate or customer service counter.

Many airlines will rebook you on the next flight at no additional charge. Depending on the nature of the delay, you might have to pay a fee to get on a new flight. American Airlines offers a same-day flight change for a $75 fee. According to The Points Guy, United, Delta and Jet Blue have similar policies. Southwest doesn’t charge you for a same-day flight change.

The fee may be waived, however, if there are any ground or air delays at any airports that could affect your scheduled flight. Other factors that could help you avoid paying a fee include predicted bad weather, an oversold flight or simply asking nicely and working with a gracious agent.

If you’re worried about missing a flight because of a short connection, you might want to get to the airport early. If you’re already at the gate, the flight isn’t full and the gate agent is in a good mood that day, you may be able to fly standby or even get confirmed for an earlier flight to the connecting airport.

It can be frustrating to know airline representatives can help you rebook a missed flight only at their discretion. Although some rules are identified on the airlines’ websites, many policies are flexible. This can work to your advantage, especially if you use your manners.

Running late doesn’t have to ruin your travel plans. If you follow these guidelines, you may not have to pay a dime to get on another flight.