Most Common Identity Theft Scams: What to Know

Although the Digital Age is pretty convenient, it also has unique risks. Identity theft is a growing problem as cybercriminals are taking advantage of new, sophisticated ways to steal people's sensitive data and livelihoods.

How can you fight ID theft effectively? Knowing about these common scams could make it easier to change your habits in pursuit of a safer digital lifestyle. 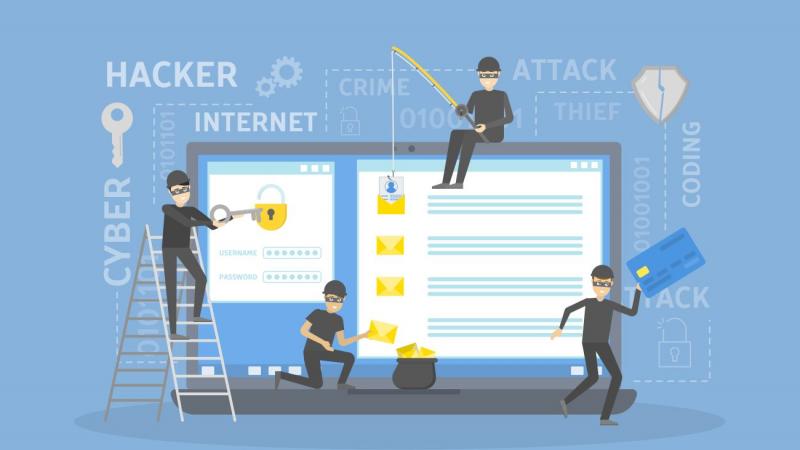 Senior citizens are prime targets for identity theft. There are several reasons that criminals might want to target these individuals, including that they often:

Senior ID theft scams come in various forms, such as bad actors conning older adults into sharing their sensitive personal info or sending money through the mail. All told, such schemes cost more than $36 billion every year.2 According to the U.S. Department of Justice, an American senior becomes a new victim of identity theft about once every four minutes. The FTC says that certain forms of identity theft, such as phone scams, are particularly harmful to elderly females who live by themselves.3

According to the Balance, mailboxes are the most vulnerable points for low-tech identity theft.4 Criminals who want to steal your ID using the postal system have a variety of options. With more than 200 billion items traveling through the mail each month, many thieves attempt to slip under the radar.

One common type of mail identity theft involves re-routing a victim's packages and letters by filing a Change of Address form with the Post Office. After learning your old address from a piece of mail, such as a discarded envelope in your trash can, the thief can fill out a form to have your future mail sent to a location that they control — a perfect scheme for stealing benefits checks and tax refunds. If you don't correct the problem, they may gain access to more of your personal life by pretending to be you and using the fake address as a verification credential.

Another type of mail theft involves criminals stealing physical mail. Mail theft has similar consequences as change-of-address schemes, but it can be harder to notice — especially if you normally receive inconsistent amounts of mail. The U.S. Postal Inspection Service notes that certain people may be in greater danger, such as those who leave mail in their mailboxes overnight or fail to shred their old documents before throwing them away.5

Vishing, or voice phishing, is a scheme where criminals try to convince you to give them your personal information of your own free will. Much like phishing, which involves scammers sending you email messages and other forms of communication asking for information, vishing can be confusing and difficult for consumers to detect. Identity thieves might act like legitimate professionals at well-known companies, present convincing false credentials or use stolen account information to make you believe that they're official.

Adding insult to injury, some vishing schemes work by telling victims that they've already had their identities stolen. When the person responds to try to correct the situation, they're usually willing to give the scammer any additional information they request.

Even more confoundingly, some vishing scammers adopt a combined approach by calling you and sending emails. People may be at risk from vishing if they blindly trust so-called customer service reps, click on unknown email attachments, or use their credit cards at unsecured payment sites that leak information.

Pharming fraudsters use computer code to redirect web traffic to fake sites. It usually requires a scammer to have some technical knowledge of how to change the files on your computer or a company's server remotely. Although it's technically a type of phishing, it may be more concerning because you don't need to respond for the scam to work.

Computers and servers rely on special files to know where to look for web addresses. If a scammer hacks your machine and changes an entry in these files, then using the Internet, as usual, could send you to a site that they control. Since these criminals already possess the know-how to achieve such acts, many have no problem with taking things a step further. They often copy site code to make their versions look like the real thing.

Like other forms of identity theft, pharming is more likely to compromise the security of those who fail to take appropriate precautions. For instance, you might be at greater risk if you don't use firewalls, fail to update your anti-spyware and antivirus software, or connect to wireless networks that aren't secured.6

How to Know If You're at Risk for ID Theft

Identity theft scams have come a long way since the pre-digital era, but that doesn't mean you have to settle for being a victim. Even as criminals hone their ID theft skills, identity theft protection services are stepping up their game to keep regular consumers safer in cyberspace and the physical world.

Identity theft protection comes in various forms, such as in-depth assessment packages that let you know not only what you're up against but also how to manage your online presence to become a less obvious target. Luckily for consumers, many of these providers offer free online trials. Taking advantage of a few complementary risk assessments might just help you avoid falling prey to a serious ID theft scam.