Traveling for the Holidays? Here’s How to Save Time and Money

The holidays can be the best time of the year. There’s so much to celebrate, and it’s often the one time a year families get together to celebrate whether they’re near or far from one another. However, if you don’t live near your relatives, this also means that you’ll likely travel during the holiday season. And that can be expensive, especially if you’re trying to book a flight.

In order to get the cheapest airfare and avoid the stress of traveling with everyone else who’s headed out of town for holidays like Thanksgiving, Christmas, and New Year’s, you’ll want to carefully choose the dates you fly. Airports are busy throughout the holidays – but on certain dates, they’re absolutely packed. And when there’s high demand, the price of airfare can skyrocket. 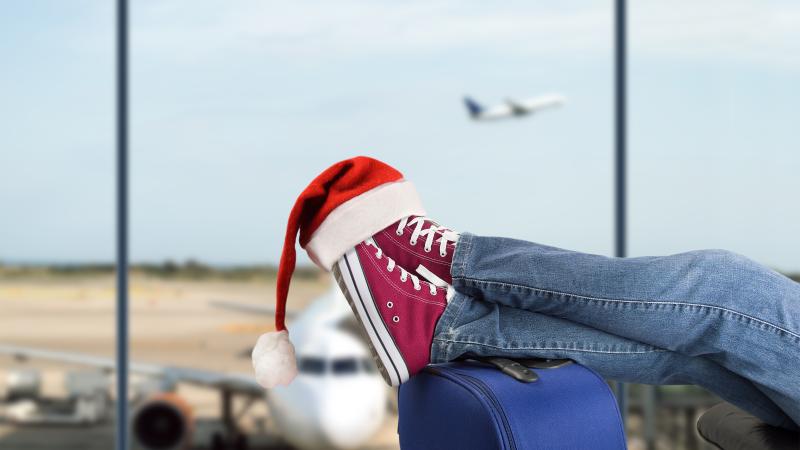 If you’re strategic about when you travel, you could save significantly on the cost of airfare. With knowledge of cheaper days to fly and less popular travel dates, you might even find great deals and cheap tickets.

The following are the dates you need to know if you’d like to save money on your holiday travels.

Plan to Travel Early for Thanksgiving

Thanksgiving is one of the busiest holidays when it comes to travel. Just about everyone is headed out of town – roads and airports are equally busy. And unfortunately, because most people only get Thanksgiving and possibly Black Friday (the day after the holiday) off work, the day before Thanksgiving is the most popular choice for travel.

That means that everyone is trying to book a flight on Wednesday to ensure they’re home for Thanksgiving the next day. And Wednesday isn’t just popular; it’s typically the busiest travel day of the entire year, according to Smarter Travel¹. But that means airfare can be outrageously expensive.

Instead, consider traveling earlier if you’re headed out of town for Thanksgiving. The Monday before Thanksgiving is considered the best travel day. According to data from Hipmunk², Monday is the date with the cheapest airfare. Every other day during Thanksgiving week is more expensive.

Travel as Close to Christmas as Possible

If you’re planning to travel for Christmas, you don’t want to plan your flights too far in advance. Unlike Thanksgiving, it’s actually better to wait until the very last minute to book airfare – and leave town – around Christmas.

This is partly because Christmas is always changing. While Thanksgiving falls on the same day of the week every year, Christmas moves around. Some years it falls on the weekend; many others, it’s right in the middle of the week. And the exact weekday Christmas lands on will affect popular travel dates and airfare prices.

When Christmas falls on a weekend, most dates leading up to the holiday are fine to travel on. That’s because weekend airfare is often the most expensive regardless of the time of year, according to Smarter Travel³.

When Christmas is in the middle of the week, airfare will be a little more unpredictable. But there’s still a way to save money and find cheap flights.

The key is traveling as close to Christmas as possible. Flying on Christmas Eve (December 24) is one of the best, most affordable options⁴. Many people want to celebrate Christmas Eve with their families, so they often will book flights that get them into town much earlier. Willing to take a red-eye flight that gets you to your destination on Christmas morning? You could save even more. Flying on December 25 is one of the most affordable options you can get⁵.

So, while you can plan carefully to book on a less-popular date, it’s important to always be checking for changes in Christmas airfare. Ticket prices could decrease based on demand, and you might be able to find an even better deal if you keep searching once you’ve decided on a date to leave town.

If you’re planning to head out of town and celebrate New Year’s somewhere special, you might want to think twice. Traveling around New Year’s is one of the most expensive decisions you can take.

New Year’s travel is expensive for a few reasons. Once Christmas is over, many people will book flights home – and they’ll book them between December 27 and 30. These are popular dates for anyone who’s hoping to be home by New Year’s, or for anyone who isn’t spending their full holiday vacation out of town.

Additionally, many people have to be back at work on January 2. That means that countless people will be flying home on January 1. Even those who took an extended holiday vacation and spent both Christmas and New Year’s with their families will be trying to get home before they’re needed back at the office.

On top of all that, there are a number of people who travel just for the New Year’s holiday. Las Vegas, New York, and plenty of other worldwide destinations are hugely popular on New Year’s Eve. People will travel just before New Year’s and plan their flight home for New Year’s Day.

That’s why Smarter Travel⁶ reports that Hipmunk’s data calls December 29 the worst travel day of the Christmas season. In fact, Hipmunk notes that all of the days between Christmas and New Year’s see a high volume of travelers, which means airfare will be higher between the two holidays.

Plan Your Holiday Travel Carefully and Search for Affordable Airfare

Traveling during the holiday season can be crowded, exhausting, and expensive. But with careful planning and the right knowledge, it doesn’t have to be.

If you know when airports are busy and travelers are looking for flights, you’ll be able to avoid dates with more expensive airfare. And if you’re aware of the least popular travel days, you’ll be able to save some money and avoid some of the biggest travel hurdles.

Just remember to start searching for, comparing, and researching your airfare options early. For some holidays, you’ll want to travel early. For others, you’ll need to watch airfare and buy when the price drops. Either way, the only chance you have to save significantly is to keep an eye on the ever-changing airfare options and make sure you consider different airlines and dates.