Things You Should Know About Colon Cancer

Colon cancer is a frightening disease because symptoms don’t generally appear until the disease is advanced.it’s hard to be proactive and prevent its onset. However, when caught early, colon cancer is highly treatable. You just need to know what symptoms to look for, which is why it’s important to do research online – it’s easy.

Part of the reason more people aren’t proactive about colon cancer is people might not be paying attention enough to this info. Fortunately, important information about the early signs of colon cancer and the best treatment options can now be found online for free before ever consulting a doctor. 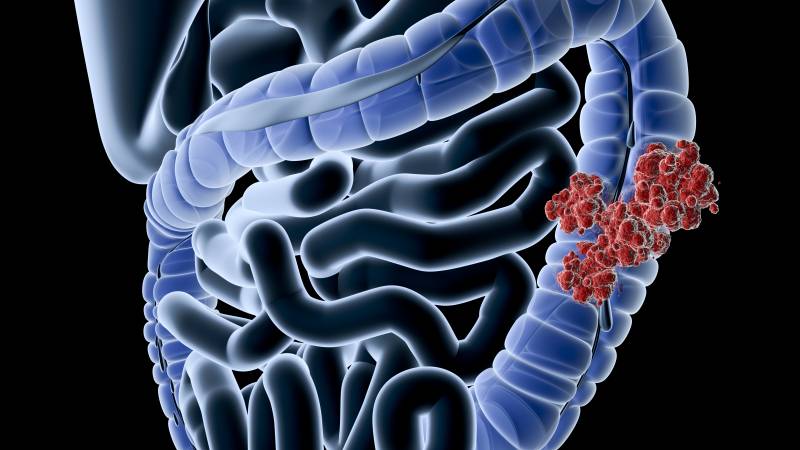 The American Cancer Society² also notes that colon cancer is the third-leading cause of cancer deaths for men and women combined, so it is equally important for women to undergo regular screenings as men. As far as race goes, African American men and women are more likely to be diagnosed in advanced stages of the disease than other races and are therefore also more likely to die from it.

2. You Don’t Have to Get Screened If You Have Regular Bowel Movements and Feel Fine

One of the most worrisome things about colon cancer is that its symptoms aren’t very obvious until the disease is in more advanced stages. According to the Mayo Clinic³, some possible symptoms of colon cancer include the following:

Regular screenings for colon cancer are recommended for men and women starting at age 50. Those who may be at higher risk may be advised to start screenings earlier. Possible risk factors, CancerCare.org⁴ reports, include:

Certain lifestyle factors can increase the risk of developing colon cancer. These include being overweight; leading a sedentary lifestyle; consuming a diet that is heavy in processed or red meats; heavy alcohol use; and smoking.

3. Once You’re Diagnosed, It’s Too Late to Do Anything About It

The sooner that colon cancer is found, the easier it is to treat. There are treatment options for every stage of the disease, so it’s important not to lose hope once diagnosed. Treatments for various stages of colon cancer may include the following, according to the American Cancer Society⁵:

Surgery: Surgery alone is typically all that is required for stage 0 colon cancer; polyps may simply be removed, or a partial colectomy, or partial removal of the colon, may be performed. Surgery may also be used in stage I. In stages II, III and IV, surgery may also include removal of nearby lymph nodes.

Chemotherapy: Depending on the stage of colon cancer and other factors, chemotherapy may also be used. For stage II colon cancer, for example, it may be performed following surgery if cancer cells remain. For later stages, chemo may be performed prior to surgery to shrink tumors and then after to remove remaining cells.

4. You Don’t Need to Get Screened if You Don’t Have a Family History

If you think you’re in the clear regarding colon cancer because it’s never struck anyone in your family, think again. Approximately 75 percent of all new cases of colon cancer, the American Cancer Society⁶ reports, occur among people who have no known risk factors besides being over the age of 50. The reality is that everyone aged 50 and older should be screened via colonoscopies regularly. If you have a family history of the disease, your doctor will likely recommend that you start being screened earlier in life.

Colon cancer is highly curable when detected early. Efforts to improve awareness about the importance of screenings like colonoscopies have been working, however, and the death rate for colon cancer has been dropping steadily over the last decade or so according to the American Cancer Society⁷.

Thousands and thousands of new cases of colon cancer will be diagnosed in the U.S. in the years ahead. A significant percentage of these cases occur among people who have no known family history or other risk factors other than being over the age of 50. Therefore, when it comes to colon cancer, knowledge is the best defense – and the best way to get the knowledge you need is by undergoing recommended screenings, like colonoscopies, on a regular basis.