5 Reasons You Should Vaccinate Your Child

Simply put, vaccinations are the best chance you can give your child a healthy childhood and life. Vaccinations aid in preparing one’s body to battle these illnesses faster, so that they won’t get sick from them.

In recent years, a group of people on social media, known as anti-vaxxers, who debate the practice of vaccination has grown in numbers. The core of an anti-vaxxer’s argument lies in the idea that vaccinations are potentially dangerous, ineffective, and that many of these shots are not necessary.

Having said that, it is undeniable that vaccines have benefitted humanity. Since the first vaccination was documented centuries ago in 1798, vaccines have helped to create a powerful impact within the medicine and health care industries, as well as public health as a whole. They have eradicated many harmful and dangerous childhood illnesses, such as polio and smallpox.

While myths, so-called research, and other information find its way to Twitter and Facebook on why parents shouldn’t vaccinate their kids, below are five reasons why they should. 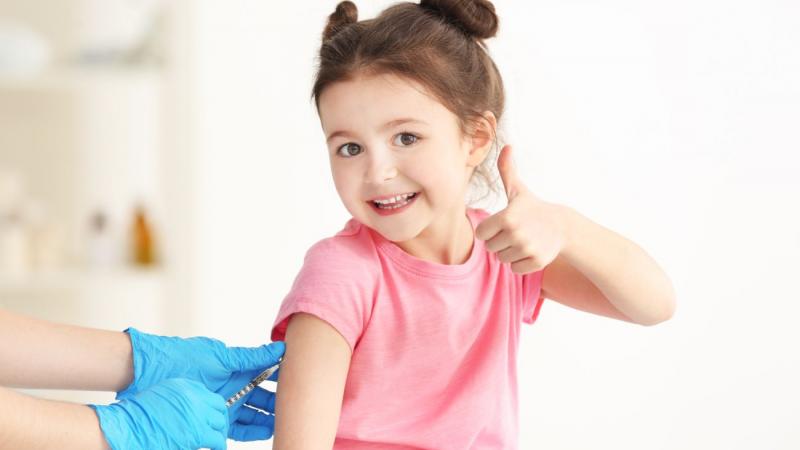 1. It Can Save Your Child’s Life

Thanks to advances in technology and science, children today are protected more than ever from diseases and illnesses. Conditions that once could hinder a child’s chance at a normal life — or worse, kill them — have now been completely eliminated or very close to extinction thanks to the effectiveness of vaccinations.

As mentioned above, polio was at one time the most-feared illness in the United States and caused paralysis and death across the nation. However, thanks to vaccines, this is no longer the case.

2. It Can Save Other Lives

As we have witnessed in recent years, children across America can still be vulnerable to diseases that vaccines have helped to abolish.

The 2015 measles outbreak that stemmed from California’s Disneyland was a huge eye-opener for many parents and caretakers. Sadly, there’s also been a resurgence in whooping cough as well. In fact, since 2010, there has been an annual number of approximately 10,000 and 50,000 cases of this condition, with 10 to 20 infants passing away since they were too young to get fully vaccinated against the disease.

Other individuals are also unable to get shots due to weakened immune systems from other illness, such as leukemia, and severe allergic reactions to vaccines. In order to help keep these vulnerable individuals safe, it is vital to ensure you and your children get their vaccinations. This will not only protect you and the ones you love but other children and families as well.

Young ones are able to receive a vaccination only after a careful and long review from researchers, health care professionals, and doctors. In fact, the process takes approximately 10 to 15 years for new vaccinations to be given the “okay”. Plus, they go through a four-phase testing procedure that focuses on effectiveness and safety before they get their stamp of approval.

New vaccines aimed for kids are tested first on adults before children and new formulations all go through the same procedures for approval. They are first reviewed by the Food and Drug Administration, where data is analyzed to ensure the vaccine does exactly what the manufacturer claims it does and in a safe manner. The Centers for Disease Control and Prevention (CDC), American Academy of Family Physicians, and American Academy of Pediatrics also review new vaccines to choose whether or not to support it.

Meanwhile, the shots themselves may cause a little pain, sometimes causing tenderness at the site and a little redness around the area of injection. However, the discomfort is minimal when one thinks about the diseases they prevent..

It is very uncommon for children to experience side effects to vaccines, like a severe allergic reaction. In fact, the CDC estimates a one in a millionth chance for a child to suffer from a serious allergic response.

There’s a financial burden that some don’t realize when it comes to anti-vaxxing. In fact, some of the conditions that are preventable by vaccines can result in prolonged disability. This can affect a parent’s ability to go to work should their child get sick. Not to mention the increasing costs when it comes to long-term health care and medical bills.

Vaccines are not only a good investment for one’s health, but the pocketbook as well when you consider long-run repercussions. Plus, insurance covers most shots.

Having said that, there is a program known as the Vaccines for Children. It allows for kids to vaccinated at no cost for low-income families.

Vaccinations have decreased, as well as eliminated, some illnesses that severely disabled or caused death, only some generations ago. For instance, children no longer require the smallpox vaccination as the disease has been eradicated.