6 Key Facts You Need to Know About COPD

Chronic obstructive pulmonary disease (COPD) is a leading cause of death among adults – but few people know just what this illness can bring. From prolonged suffering to diminished quality of life, COPD gravely affects those who live with it daily. With COPD, progressive damage to the lungs and to the airway passages makes it increasingly difficult for people to take in oxygen and expel carbon dioxide.

The struggle to breathe becomes more severe over time, limiting people’s activities and mobility and ultimately resulting in death. To learn how to prevent, treat, or cope with COPD, it’s important to understand this disease. Here are a few key facts everyone should know about COPD. 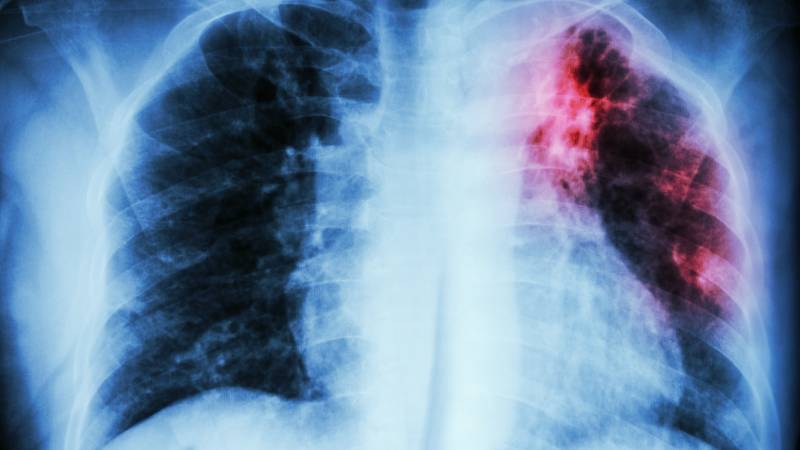 1. COPD Refers to a Group of Serious Respiratory Conditions

COPD isn’t just one disease. This diagnosis actually encompasses multiple conditions, all of which cause serious long-term breathing problems. Chief among the conditions that come with COPD are emphysema and chronic bronchitis; most people struggle with the effects of both.

The damage that COPD inflicts on the respiratory system can include the following:

As a result of these underlying problems, people with COPD can experience a variety of symptoms, including:

Multiple research studies have shown that American adults who have COPD number in the millions. According to the National Institute of Health, roughly 12 million people in the U.S. are diagnosed with COPD. But that number could be even higher – research reported by the Centers for Disease Control and Prevention estimates there are roughly 15.7 million sufferers.

There are also millions more who remain undiagnosed, their symptoms unrecognized or unreported. The 2015 National Health Interview Survey reported that roughly 3.5 million Americans have received a diagnosis of emphysema and close to 9.3 million Americans are diagnosed with chronic bronchitis.

Unfortunately, there’s no cure for COPD. It’s a progressive disease, which means that it becomes worse with time, leading to disability and death.

However, there are treatments and management options that may slow the progression of COPD, help control symptoms, and alleviate suffering. COPD treatments include:

The treatments that work best for each individual depend on a number of factors, including the severity of COPD, the symptoms experienced, reactions to medications, and the presence of other medical conditions.

4. COPD Increases the Risk of Other Health Problems

COPD elevates the risk of other respiratory illnesses, including lung cancer. It can increase the chances of complications from pneumonia, colds, flu viruses, and other respiratory infections. COPD is also linked to a greater likelihood of developing heart disease, diabetes, and pulmonary hypertension.

Health problems can also stem from the way people with COPD live. Limited mobility and lack of exercise can contribute to heart problems, osteoporosis, loss of muscle tissue, and other health issues beyond COPD. People with COPD may also struggle with depression and anxiety over their condition and the way it’s affecting their lives.

Working closely with a doctor and other health professionals can help people better manage the effects of COPD and any concurrent illnesses.

5. Smokers and Former Smokers are Most At-Risk

Although not all smokers will develop COPD, smoking is the primary cause of the illness. Because cigarette smoke contains thousands of toxic substances, it damages the lungs in ways that can enable COPD to develop. Exposure to secondhand smoke is also a risk factor.

Former smokers remain at an elevated risk of developing COPD. The damage to their lungs from the time they smoked may not necessarily be reversible and can still leave them susceptible to the disease.

That said, quitting smoking is highly recommended even for people who already have COPD. Smoking hastens the deterioration of the lungs, exacerbates breathing problems, and makes people more vulnerable to a wide variety of respiratory illnesses and other serious medical conditions.

6. Smoking Isn’t the Only Underlying Cause

Even people who have never smoked may develop COPD. Any prolonged exposure to pollutants in the air increases the risk. People who work in environments with heavy amounts of smoke, fumes, dust, and airborne chemicals are especially vulnerable.

Various genetic factors may influence the likelihood that an individual will develop COPD. One example is a rare hereditary disease, Alpha-1 antitrypsin deficiency. It’s caused by a genetic mutation and can give rise to COPD, including among younger adults.

The best way to reduce the chances of COPD is to avoid smoking. For people who are already smoking, it's important to quit as soon as possible. However, these preventative measures don't completely eliminate the possibility of developing COPD. More research is needed to determine why some people develop the disease while others don't. Future research will also hopefully make the treatments more effective.

You Can Take Action Right Now

Whether you’re experiencing symptoms that might turn into COPD or living with a COPD diagnosis, there are options. You don’t have to wait for your disease to worsen – and you can take steps right now, with your doctor’s advice, that help you live a fuller and happier life. It all starts with deciding to take action and manage your health.

Your first step is to make sure you speak to your doctor, or a doctor who specializes in illnesses like COPD. With new treatment and management options, healthier lifestyle adjustments, and the latest information about living with COPD, you can get more out of your life.