8 Important Things You Should Know About Ticks

There are lots of areas around the United States that are home to ticks. If you live in these areas, the precautions have probably been drilled into you since childhood.

If you’ve never been bitten, it’s easy to brush off your parents’ warnings and put yourself at risk. However, it’s important to stay vigilant, so you can avoid potentially deadly diseases like Rocky Mountain Spotted Fever, Lyme disease, and anaplasmosis. 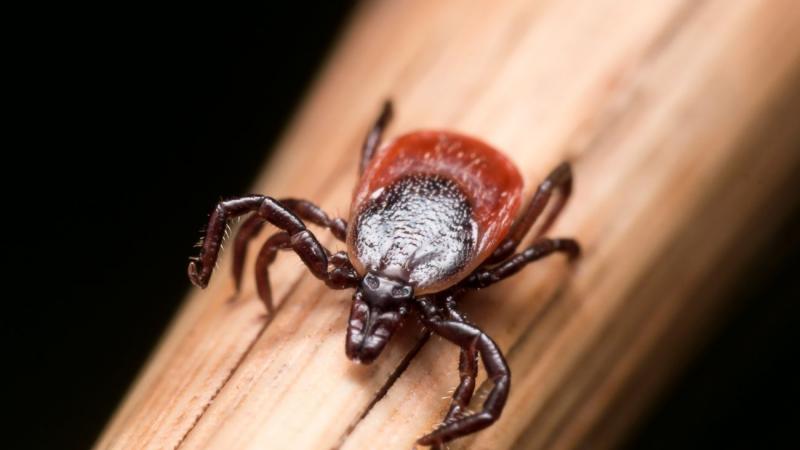 1. There Are Lots of Tick Species in the United States but Only a Few Spread Diseases

Within the United States, there are nine types of ticks that bite humans. The most common is the Brown Dog Tick, followed by the American Dog Tick and the Blacklegged Tick.

Not all ticks spread diseases. In fact, there are a number that cause painful bites but aren’t really carriers of disease.

Earlier in their lifespan, ticks don’t bite, but as they age, they tend to become more aggressive and defensive of their territory. When they’re in the earlier nymphal or larval stage, ticks can be quite hard to see.

2. Lyme Disease Isn’t the Only Disease That’s Spread by Ticks

Although Lyme disease is probably the most well-known tick-borne disease, it isn’t the only one that can be transmitted by ticks in North America. Rocky Mountain Spotted Fever is spread by the Rocky Mountain wood tick. Ehrlichiosis and tularemia are also common.

Each of these diseases has its own unique symptoms and requires a blood test to confirm the exact diagnosis.

Many people associate ticks with mosquitos because of their penchant for biting humans. In fact, ticks are more closely related to spiders.

As a member of the arachnid family — along with spiders, scorpions, and mites — ticks can’t jump or fly. Instead, they hang out on tall leaves of grass or plants and stretch out their legs until a human or animal walks by. Then, they crawl around until they settle into a warm, sheltered spot like behind your knee or even inside your belly button.

4. Ticks Don’t Leave Immediately After They Bite You

One aspect of ticks that makes a lot of people uncomfortable is the fact that they don’t immediately leave after biting a human. Instead, they find a warm, moist spot and burrow their head under your skin to feed on your blood. If left unchecked, they’ll usually feed for between two to three days, swelling to double their usual size.

The good thing is, it takes a lot of preparation for a tick to get under your skin — usually around two hours. That gives you lots of time to check for ticks and pull them away before they can bite.

5. Most Tick-Related Home Remedies Are Useless

There are lots of home remedies that people use to repel ticks and to remove them from their skin once they’ve burrowed down to bite.

Some common suggestions for repellent include essential oils and garlic oil; neither of which have been proven to be effective. Instead, use a commercial repellent with 0.5 percent permethrin on your clothes, tent, or other outdoor gear.

When removing a tick, common home remedies include rubbing the tick with petroleum jelly or using heat to coax the tick away. These methods don’t work.

6. It’s Important to Be Careful When Removing Ticks

When removing ticks, many people panic and immediately yank on the body of the tick. Whatever you do, don’t do that. It could crush the body of the tick, which gets the infected blood all over your hands. Crushing the tick also has the potential to leave the head behind, under your skin, which could cause an infection.

The best way to remove ticks is to use a small pair of very pointy tweezers and pull the tick away from your skin slowly. Don’t pull it quickly or twist it in any way. After it’s been removed, clean the area with rubbing alcohol.

7. Only One to Three Percent of People Bitten by an Infected Tick Develop a Disease

Although ticks can be found all over the United States, getting infected with a tick-borne disease is still quite rare. In 2017, only 59,349 cases were reported.

Not all ticks are infected with a communicable disease. Of those that are, only one to three percent of bites actually leads to a disease like Lyme disease. This means that an infected tick can bite you and you won’t develop any kind of reaction or disease at all.

8. Dogs Are at a Much Higher Risk for Tick Bites Than Humans

If you have a furry friend and like to take them on walks into areas with long grass, you’ll need to check them for ticks when you get home.

Dogs and outdoor cats are at a much higher risk of getting bitten by ticks than human beings. That’s because they’re much closer to the ground and their fur offer tons of places for ticks to hide out.

Fortunately, you can get your dog vaccinated for Lyme disease. They’ll need occasional booster shots, but it offers some protection if you live in a particularly tick-heavy area.

The Most Common Tick Bite Symptoms

The most common symptom of a tick bite is known as the bulls-eye rash. It’s a red rash that develops around the bite, with a radiating pattern of red concentric rings that looks like a bulls-eye. If you notice this or any other symptoms, it’s important to get to a doctor right away so they can test you for a tickborne disease.

Some other common symptoms include: