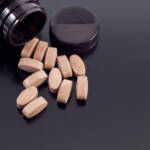 Type 2 diabetes affects at least 23.1 million U.S. residents, according to the American Diabetes Association. Research indicates that this number may actually total more than 30 million due to the wide prevalence of undiagnosed cases. There are also an estimated 84 million people with prediabetes, which leads to 1.5 million new cases of diabetes annually. Do you know what a diabetes diagnosis means?

Seniors, as the ADA reports, have the highest risk of contracting type 2 diabetes. Approximately 25% of Americans above the age of 60 currently have this medical condition. Meanwhile, only 4% of people between the ages of 18 and 44 are diabetic. This dramatically increases to 17 percent for those in the 45 to 64 age group. Additionally, men have a slightly higher risk of type 2 diabetes than women.

What Is Type 2 Diabetes?

Type 2 diabetes is a commonly diagnosed chronic condition that is caused by insulin resistance. If you have diabetes, your body is unable to properly utilize insulin.

As a result, your blood sugar levels, also known as glucose levels, will frequently rise above the normal range. If left untreated, type 2 diabetes can become worse over time. In some cases, this form of diabetes can even lead to death. Symptoms and Causes

The most frequent cause of type 2 diabetes is a lack of exercise and being overweight. This doesn't mean that every person with this lifelong medical problem is overweight. However, this factor, combined with a sedentary lifestyle, is responsible for up to 95% of all cases, according to WebMD.

Other risk factors that may eventually lead to a diabetes diagnosis include:

It's important to note that people who have multiple risk factors need to be especially careful. If you're in this position, be sure to make any necessary lifestyle choices to reduce your likelihood of developing type 2 diabetes.

Aside from regular checkups, you will want to report it to your physician if you start feeling thirstier than usual and experience increased urination.
You will also want to keep an eye on other physical changes such as:

Aside from the basics, there are numerous lesser known symptoms that could be indicative of undiagnosed type 2 diabetes. It's wise to talk to your doctor if you're suffering from these issues, especially when they accompany common diabetes symptoms. Everyday Health notes that these symptoms can include:

In some cases, you may be able to manage type 2 diabetes symptoms with a few healthy lifestyle changes. If this isn't enough, your doctor might prescribe medication.

A reduction in sweets, fats, refined carbohydrates, and animal products, along with an increase of fiber, is typically recommended. It's also best to boost your consumption of whole grains, fruits, and vegetables.

Checking your blood sugar at regular intervals can help you learn what types of food to avoid. You are also likely to notice unusual blood sugar changes in response to alcohol, tobacco, certain medications, and being sick. Due to this, it is best for diabetics to avoid alcohol and tobacco. Be sure to also always report any potential medication issues.

A regular exercise routine that includes 30 minutes of physical activity at least five times a week can make a big difference. Alternating between aerobic exercises and resistance training usually offers the best results.

For example, you could take a 30-minute walk three to four times per week, and then add in yoga once or twice weekly. Of course, exercising daily or working out for more than 30 minutes per day may make you feel even better. Be sure to consult with your doctor about what type of exercise is right for you.

There are numerous medication options for type 2 diabetes, and your doctor will choose the most appropriate one based on several factors. Some people will need insulin therapy injections such as Apidra, Levemir or Novolog.

Some of the most common prescription classes include:

Your doctor might recommend bariatric surgery if you are diabetic and have a body mass index higher than 35. Up to 95 percent of diabetics who receive this procedure will benefit from the return of normal blood sugar levels. However, osteoporosis, nutritional deficiencies, and even death can result from bariatric surgery, so undergoing this method is something you need to carefully consider.

There are several non-medical alternative treatments, including ginseng, chromium, omega-3, and starch blockers, that many diabetics have tried. Scientific evidence, according to Prevention.com, is low for most of these options, but anecdotal evidence suggests good results in some cases.

Type 2 diabetes is generally a lifelong chronic condition. However, there is some evidence that people who have a mild case or are very dedicated to changing their lifestyle can partially or fully reverse diabetes. For example, a six-month study led by the Second University of Naples involving exercise and dietary changes led to the partial remission of 67% of diabetic participants. In other words, a type 2 diabetes diagnosis does not mean you have to suffer from this condition for the rest of your life.

Researchers are currently working on creating more effective forms of diabetes medication. At Duke University, there is hope that the combination of a biopolymer molecule and GLP1 will allow diabetics to get an insulin shot only once every two weeks.

Even more promising is the possibility of a type 2 diabetes cure from scientists at the University of California, San Diego. The West Coast-based team announced earlier this year that they have developed a medication that reverses symptoms and causes no ill side effects in mice. If this same medication works for humans, it may enable the reversal of type 2 diabetes worldwide.

Weight loss drug Lorcaserin may also be a beneficial treatment in the future. A team of scientists from three universities discovered that Lorcaserin helps the brain do a better job of keeping blood sugar levels in line.

As you can see, the prognosis for type 2 diabetes is constantly changing due to exciting new research. Currently, following your doctor's treatment plan, improving your diet, and exercising daily will give you the best chance at avoiding diabetes complications such as neuropathy, glaucoma, stroke, kidney disease, gastroparesis, and skin problems.