Do You Know the Early Signs of Ovarian Cancer?

More than 22,000 American women are diagnosed with ovarian cancer every year, with Healthline reporting that 14,000 women die as a result of the disease¹. Ovarian cancer forms when abnormal ovary cells multiply out of control – and if left untreated, this type of cancer can quickly spread to other parts of the body.

Though ovarian cancer does show warning signs when it begins to grow, these signs aren’t obvious. In fact, they can initially seem like normal changes within the body. And that’s why it’s so important to understand what ovarian cancer can look like. 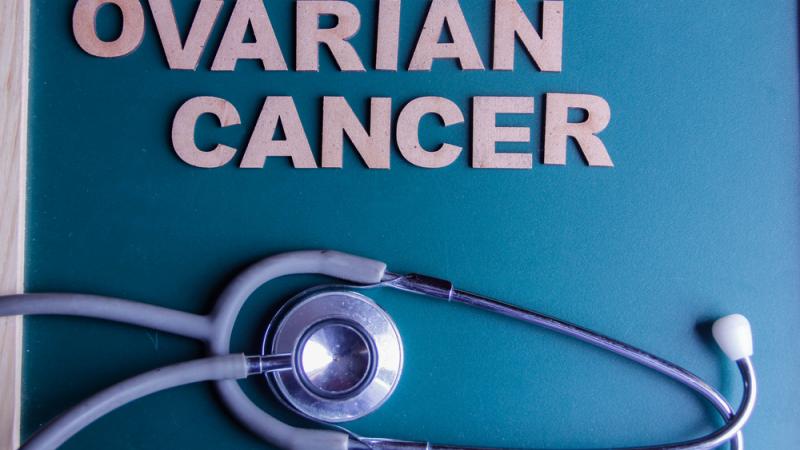 Fahmida Islam / Shutterstock
Detecting ovarian cancer early can greatly improve your odds of living cancer-free. But, in order to detect its earliest symptoms, here’s what you need to know.

These Factors Could Put You At Risk for Ovarian Cancer

Ovarian cancer can strike any woman, at any time. However, there are certain risk factors that can increase the odds of developing this specific type of cancer.

While having a certain risk factor doesn’t mean you’ll develop the disease, it does increased the odds. According to the American Cancer Society², the following are common factors that can increase your risk of developing ovarian cancer:

Another potential early risk factor is the presence of ovarian cysts. While plenty of cases of ovarian cysts aren’t cancerous, a very small number of certain cysts can turn out to be cancerous. If you experience any cancerous cysts, you’ll want to speak with your doctor about the potential risk of developing cancer.

Ovarian Cancer’s Early Symptoms Can Be Difficult to Detect

The early symptoms of ovarian cancer are actually very, very subtle. If you do notice any changes, they can mimic the symptoms of other common illnesses – and Healthline notes that symptoms can even come and go, disappearing and making you think the problem is solved³.

Ovarian cancer’s earliest symptoms can be difficult to detect. If you’re worried about changes in your health, you’ll want to look for the following common symptoms⁴:

As ovarian cancer progresses and grows, its symptoms can become more pronounced. This can result in the following common symptoms⁵:

If your symptoms are ovarian cancer, early detection is the best plan of action. The earlier you can notice changes in your health and notify your doctor, the better your prognosis may be.

Have Ovarian Cancer? These Are the Common Treatment Options

Once you’re diagnosed with ovarian cancer, it’s time to take action. According to Healthline⁶, treating ovarian cancer is far easier if it's caught early. But it isn’t an easy cancer to detect.

After undergoing testing and screening, your doctor will determine how much the cancer has progressed. From there, your treatment plan will be based on your cancer’s stage. Commonly, treating ovarian cancer includes multiple approaches, including⁷:

Depending on your unique diagnosis, your doctor might recommend a combination of different approaches. Each case of ovarian cancer is unique, and treatments are targeted to your needs.

Be on the Lookout for the Early Signs of Ovarian Cancer

However, ovarian cancer isn’t easy to detect. You must know its signs and symptoms in order to notice its potential presence. Make sure you know what ovarian cancer can look like. You’ll want to find a doctor and get a diagnosis if you think you could be at risk.