Does Exercise Support a Healthy Brain?

From birth, the brain is an incredibly important organ to keep healthy. What many people don’t realize, however, is regular physical activity is among the best ways to maintain and improve brain health.

We tend to slow down and stop moving as we age, making it more difficult to stay active and stick to regular exercise. However, as U.S. News¹ reports, a number of research studies have shown a connection between exercise and brain health – meaning exercise is important for our brains at any age. Here are seven key ways exercise helps to support a healthy and happy brain. 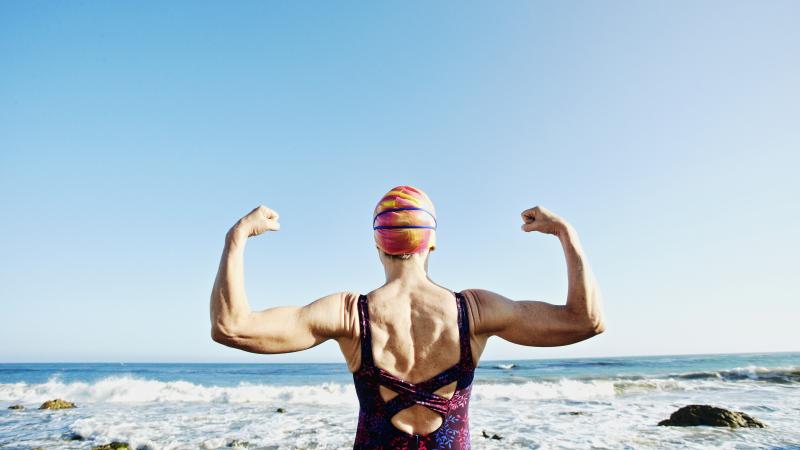 Exercise provides significant mood-enhancing and stress-reducing benefits. While working out, the brain rewards your efforts by releasing floods of feel-good compounds like dopamine, serotonin and norepinephrine. One study from the University of California at San Francisco² suggested that exercise may work on a cellular level to reverse the various tolls stress takes on the body during the aging process — including damage aging may cause to the brain.

Getting regular exercise may improve your ability to learn and to retain new information. One of the reasons it does so is by increasing levels of growth factors in the body. These growth factors play an integral role in the development of new brain cells and new connections between them—and this boosts our ability to learn. The Guardian³ reports that “complicated” exercises like dancing and tennis may be especially beneficial because they force you to think about coordination and balance. This stresses the brain cells, which causes them to grow bigger and stronger. Just as muscles partially break down during exercise and strengthen and grow upon rebuilding, brain cells may take a small hit while processing complicated exercises, but they become stronger and more resilient in growing accustomed to them.

3. It Keeps the Brain Fit

If you think a decline in memory functioning is an inevitable part of aging, think again. Studies have shown that regular exercise helps to keep the brain fit and to ward off signs of aging, including memory loss and a decline in vocabulary retrieval. In fact, a 2011 study published in the Journal of Aging Research⁴ showed non-sedentary elderly people who got even just a tiny amount of exercise scored much better on cognitive-functioning tests than their sedentary counterparts. This group also showed the least amount of cognitive decline, which suggests keeping moving is a terrific way to keep the brain plugging along too.

4. It Eases the Symptoms of Depression

If you suffer from depression, you know how difficult it can be to find a treatment that truly makes a difference. One study published in The Primary Care Companion to the Journal of Clinical Psychiatry⁵ found getting regular, sustained periods of sweat-causing activity can reduce the symptoms of depression almost as effectively as antidepressants. One possible explanation is that exercise may trigger the growth of neurons in areas of the brain that tend to be affected by depression.

5. It May Ward Off Alzheimer’s Disease

According to the New York Times⁶, regular exercise may be one of the best weapons against the development of Alzheimer’s disease later in life. Researchers are not precisely sure why that is, but they believe that regular exercise may help to protect the hippocampus. This component of the brain plays a significant role in things like spatial navigation and memory, and it is one of the first regions to be affected by Alzheimer’s damage. A study that was published in the Journal of Clinical Neurology⁷ showed that people who went on a daily jog or walk may have a lower risk of developing Alzheimer’s or may experience less severe symptoms if they do develop it.

If you’re looking for ways to prevent the damaging effects of aging, or want to stay as healthy as possible during your golden years, exercise could be the key to keeping your brain in tip-top shape. Exercise offers a host of benefits beyond brain health, too, boosting everything from your mood to your ability to learn – and there are plenty of types of exercise you can try. From low-impact workouts and easy at-home exercises to high intensity routines and group fitness classes, there’s a perfect way you can fit exercise into your schedule and your fitness level. And with every type of exercise, your brain will get a unique health boost.

1 U.S. News, 7 Mind-Blowing Benefits of Exercise 2 University of California at San Francisco, Brief Exercise Reduces Impact of Stress on Cell Aging, UCSF Study Shows 3 The Guardian, How Physical Exercise Makes Your Brain Work Better 4 Journal of Aging Research, A Review of the Effects of Physical Activity and Exercise on Cognitive and Brain Functions in Older Adults 5 The Primary Care Companion to the Journal of Clinical Psychiatry, The Benefits of Exercise for the Clinically Depressed 6 The New York Times, Can Exercise Reduce Alzheimer’s Risk? 7 Journal of Clinical Neurology, Protective Effects of Physical Exercise in Alzheimer's Disease and Parkinson's Disease: A Narrative Review