Everything You Need to Know About Psoriasis

Psoriasis can make anybody feel extremely uncomfortable and awkward in their own skin. It’s not just a rash or an irritation triggered by an external source. Psoriasis is caused by overactive T cells and other white blood cells. Even worse, it’s a condition that currently has no cure.

Fortunately, there are lots of options for alleviating your symptoms and cutting down on discomfort. With care, you can ensure your continuing health despite your diagnosis. 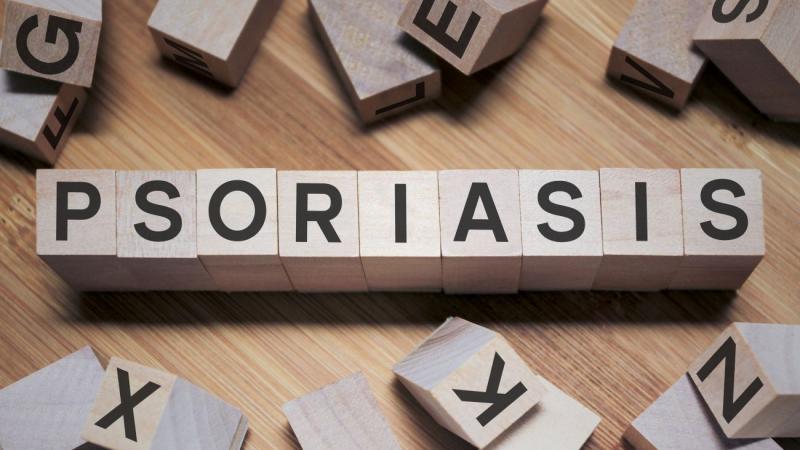 Psoriasis is a chronic skin condition that appears as a rash on certain areas of the body. Typically, it appears on the scalp, face, hands, feet, and genitals.

Essentially, instead of fighting infections in your body, your T cells and white blood cells attack healthy cells. These unnecessary attacks trigger rapid skin cell growth, which builds up as itchy, red, scaly patches of skin.1

Typically, psoriasis develops when patients are between the ages of 15 and 35. Currently, more than eight million Americans are affected by psoriasis. Worldwide, those numbers jump to 125 million.2

If you’re wondering if your rash is psoriasis or just a regular rash, talk to your doctor. They can usually diagnose psoriasis based on a brief physical exam. If your doctor is unsure about the type of psoriasis you have, they may do a skin biopsy.

When a person first starts to develop psoriasis, they may assume that the red, itchy rash is caused by an irritant or allergen.

Although rashes can vary depending on the type of psoriasis you have, the typical rash looks red, with flaky, silvery scales. Sometimes, the rash cracks and can bleed. Soon, other symptoms develop, including:

Scientists have identified around 25 genetic variants that make a person more likely to develop psoriasis.4 Although regular psoriasis is triggered by these types of internal forces, there are other types of psoriasis that do have external triggers.

Many patients with psoriasis feel that their first flare-up was triggered by stress. On top of this, stress can exacerbate and intensify existing symptoms.

To try and combat stress-related flare-ups, you should work on dealing with your emotions before they affect you physically.

People who experience bad sunburns or other injuries to their skin sometimes develop psoriasis in the same place later. This phenomenon is called the Koebner response or Koebner’s phenomenon.

Koebner’s phenomenon isn’t limited to psoriasis. In fact, it’s been noted in several other diseases and skin conditions, including vitiligo, warts, and juvenile idiopathic arthritis.5

Different types of psoriasis can be triggered by infections, which compromise the immune system.

For instance, guttate psoriasis, which is commonly seen in children and young adults, is often triggered by bacterial infections like strep throat. Guttate psoriasis rashes are often made up of smaller, droplet-shaped marks, rather than being red and scaly.

Medications that are designed to treat illnesses ranging from depression to malaria have been known to trigger psoriasis flare-ups.

If you’re concerned about this side effect, talk to your doctor about any medication you’re prescribed. Also, make sure they know that you have psoriasis or have a family history of the condition.

How Do I Treat It?

Doctors classify the severity of psoriasis based on how many patches of the red, scaly rash can be found on your body. If it covers less than three percent of your body, it’s considered mild. Between three and 10 percent is moderate psoriasis. Anything more than 10 percent is considered severe.6

Depending on whether your psoriasis is mild, moderate, or severe, your doctor may offer you several different treatment options.

Steroid creams are the most popular treatment option for psoriasis. They can be used in situations where psoriasis is classified as mild or moderate. They help to reduce inflammation and can relieve itching.

Typically, you would only use steroid creams when you are in the middle of a flare-up, as they can cause your skin to thin when used long-term.

Retinoids are another common medication that’s used to treat psoriasis. Typically, they’re found in topical form, although oral retinoids are available. This derivative of Vitamin A is used by people with severe psoriasis to soothe irritation, slow skin cell growth, and reduce the thickness of rashes on the skin and nails.7

Light therapy is a painless treatment that can help slow the growth of skin cells. It uses ultraviolet light — either artificial or natural via the sun — to improve psoriasis symptoms.

In the most basic form of light therapy, your doctor may suggest going outside and exposing your skin to sunlight for a few minutes every day. More intense light therapy involves an artificial UV light, as well as a medication called psoralen, which makes your skin more sensitive to light.8

Are There Any Alternative Treatments?

When you’re first diagnosed with psoriasis, your doctor may try a few different treatment options to determine which works best for you. While it’s a good idea to follow your doctor’s advice, you can also talk to them about alternative treatments, which may be able to minimize symptoms and discomfort.

Aloe vera is most commonly used to soothe skin after a sunburn or run-in with poison ivy. Its soothing properties can also be very beneficial to people with psoriasis.

In addition to soothing skin and reducing itch, it keeps skin hydrated. As such, look for aloe vera gel or cream that’s made with pure aloe vera, instead of a formulation that’s loaded with chemicals.9

If you’re looking to improve psoriasis symptoms through your diet, there are some supplements that may be able to help.

Fish oil is loaded with omega-3 fatty acids, which is thought to reduce inflammation. Other natural remedies that may be useful when applied topically are apple cider vinegar, oats, and tea tree oil.10

Acupuncture has been shown to relieve many symptoms associated with psoriasis, including inflammation, itching, and pain. Some people are reticent to try this treatment because of a fear of needles or uncertainty about how it works.

If you decide to try it out, make sure you’re visiting a licensed acupuncturist and explain your symptoms to see whether it’s something they can treat.11

Even though psoriasis rashes can be irritating and painful, they don’t need to change your life. Many people with even severe psoriasis manage their symptoms well and are able to achieve periods of remission where their rashes mostly go away. When you’re first diagnosed, it’s helpful to learn as much as you can about the condition, so you can avoid irritating already-sensitive skin.

If you feel upset and angry about this change in your life, consider talking to a therapist or joining a psoriasis support group, so you can talk to people who understand your feelings.