The Facts You Need to Know About Lymphoma

Cancer is a deadly disease and lymphoma, a type of cancer that affects the lymphatic system, infects at least 83,000 people in the United States each year according to the Leukemia and Lymphoma Society¹. Anyone can develop lymphoma, but those who have the highest risk of developing this cancer are men under age 25 or over age 60.

Early detection and diagnosis is key to stopping lymphoma and securing a good prognosis. Here’s what you need to know about lymphoma, its treatments, and more. 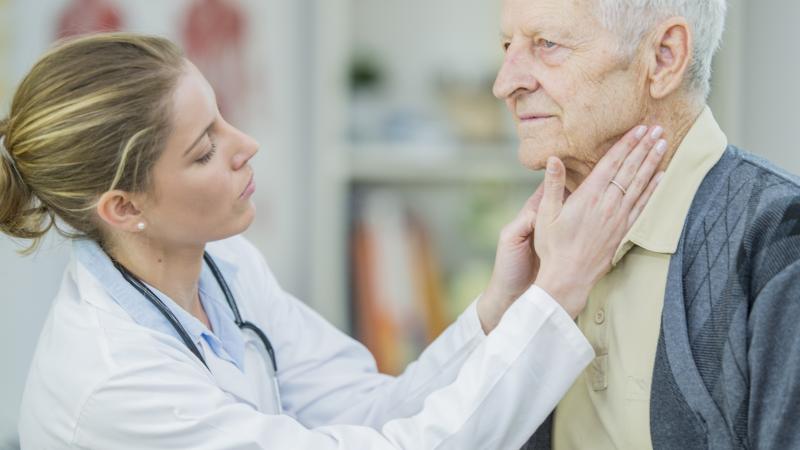 Lymphoma, which is also known as lymphatic cancer, appears in two forms:

Both types of lymphoma have similar warning signs that doctors use to diagnose and treat this cancer. According to the American Cancer Society², the following symptoms are common warning signs to look out for:

Swollen Lymph Nodes: Lymph nodes stop the spread of infection in the body. When the lymph nodes “collect” of infectious cells, they swell up. When someone has lymphoma, that swelling doesn't decrease in size.

Fatigue: It’s common to feel tired when the body is using all of its immune-system resources to try to fight off cancerous cells or tumors.

Fever: Since the body recognizes the cancerous lymphatic cells as foreign invaders, it will raise your core temperature to try to kill them off. A persistent low-grade fever can be a sign of lymphoma.

Chest Pain: Chest pain occurs in people who have non-Hodgkin's lymphoma because the cancerous lymphocytes have begun to spread past the lymph nodes in the neck, armpits, and chest region.

Night Sweats: Night sweats that leave your blankets drenched by morning – even if your bedroom temperature is chilly – are a common sign of lymphoma.

How is Lymphoma Diagnosed?

That means a tumor from non-Hodgkin's lymphoma often has to increase in size before it’s found, making it hard to secure an early diagnosis. To find enlarged tumors, doctors have to perform a physical examination of the entire exterior of the body unless you can direct your doctor to an exact location. Then, your doctor can do imaging tests in the area, such as a CT scan, to determine the size and shape of the tumor.

Hodgkin's lymphoma doesn't cause tumors, so a blood cell count is often a doctor's starting point. If your blood cell count is low, this is usually indicative of cancer. However, determining if the cancer is indeed lymphoma requires that your lymph nodes also be continuously swollen for an extended period of time.

For both types of lymphoma, doctors often perform a biopsy of the swollen lymph nodes to determine if they’re cancerous. In order to do this, they may have to surgically remove a lymph node. A less invasive method involving a needle aspiration to withdraw a sample of the lymph node tissue is more common.

How is Lymphoma Treated?

Because it’s so difficult to receive a lymphoma diagnosis, it’s tricky to get treatment as soon as possible. Many lymphoma sufferers must wait until tumors or other signs of the disease can be detected.

However, once your doctor does decide that you’re suffering from lymphoma, they’ll put together a treatment plan based on the type of lymphoma you have and what stage of the cancer you’re in.

When you have a tumor from non-Hodgkin's lymphoma, doctors sometimes prefer to take a more conservative approach to wait and see how fast the tumor is growing. If it seems to keep increasing in size quickly, then surgery can be performed to remove it and surrounding lymph nodes that are affected. After this, you’ll be monitored to see if the cancer has spread by testing your blood cell count and performing imaging regularly.

Treating Hodgkin's lymphoma often requires receiving chemotherapy to kill off the cancerous cells. Immunotherapy may be attempted before this, though, to help the body try to fight off the cancer on its own.

If you’re worried about the possibility of getting diagnosed with lymphoma, the best way to protect yourself is to pay close attention to your body. Note when lymph nodes become swollen and if you’re experiencing any of the early symptoms mentioned above. Make sure to talk with your doctor about any changes or concerns to ensure you get any tests and screening you may need.