The Facts You Need to Know About Parkinson's

Parkinson’s disease is a neurodegenerative disorder that affects the area of our brain that produces dopamine. Generally, symptoms develop slowly. Although the disease is not fatal, there very serious complications can arise if patients don’t take the necessary precautions.

The damage to the area of the brain known as the substantia nigra cause a variety of side effects, including the tremors and walking and balance problems that are most visibly associated with the disease. The cause of the disease is currently unknown, but there are many treatment options available that help mitigate the symptoms and provide a better quality of life. 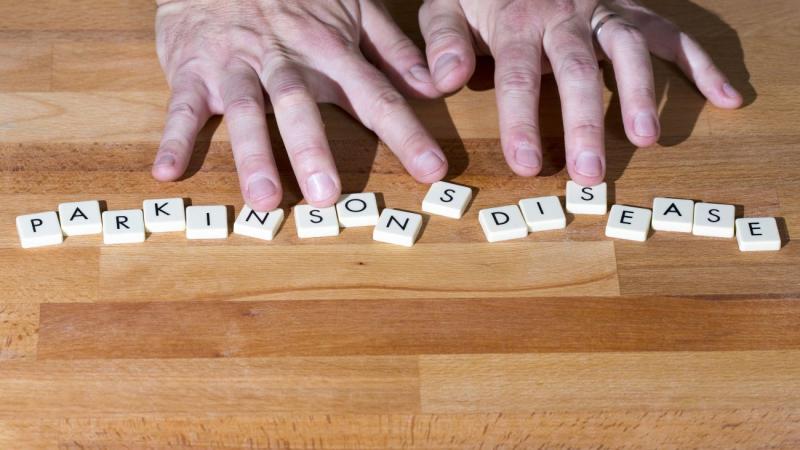 There are several early warning signs of Parkinson’s disease that are not problematic on their own but should be taken seriously if more than one is present at the same time. The first symptom of Parkinson’s disease is often a slight tremor in resting hands or the chin. Shaking is normal after a stressful situation or even after strenuous exercise, but it’s concerning if it happens when you’re resting or otherwise calm. Another early warning sign is micrographia, which is when your handwriting appearing smaller and more cramped than usual. Our handwriting, like lots of aspects of our body and health, changes as we age, but this dramatic shift is usually quite noticeable.1

Other early warning signs include loss of smell (unrelated to a temporary blockage like a cold or flu), frequently disturbed sleep, and problems moving or walking normally. Some stiffness is normal with age, but if you suddenly feel like your movement has gotten extremely stiff and awkward in a short amount of time, it may be an early warning sign of Parkinson’s. Other signs include frequent constipation, a soft or low voice, dizziness, and an obvious stoop or hunch.

How is Parkinson's Diagnosed?

If you’ve been exhibiting two or more of the early warning signs of Parkinson’s disease, you should consult your family doctor right away.

There’s not one single definitive test that can confirm a diagnosis of Parkinson’s as it’s often extremely hard to diagnose when it’s in its early stage. Typically, in order to confirm a diagnosis, a doctor has to see that the major symptoms — resting tremor, slowness of movement, and rigidity — are present in the patient over an extended period of time. They may ask you to perform certain basic actions in their office, like tapping your finger and thumb together or standing still while being pulled back to check for balance issues. Most of the time, they’ll make an educated guess that Parkinson’s disease is present.2

After the doctor makes their diagnosis, they’ll confirm it by putting you on Parkinson’s medication to see how you respond. If your symptoms ease up, the diagnosis is confirmed. They may also order a brain scan to rule out any other neurological conditions. After they’re confident in their diagnosis, your doctor will refer you to a neurologist who has expertise in this area, known as a movement disorder specialist.

How is Parkinson's Treated?

Once you’ve been diagnosed, your family doctor and neurologist will work together to develop a treatment plan to manage your symptoms and improve your quality of life. There are a lot of different treatment options out there, depending on the severity of your symptoms. Unfortunately, there’s no medication or treatment right now that can reverse the effects of the disease or cure it completely.

There are tons of different medications out there that are used to treat the symptoms of Parkinson’s disease. The most common is levodopa, which was developed in the 1960s and works by synthesizing into dopamine in the brain. When levodopa is taken on its own, it causes nausea and vomiting, so it’s usually taken with carbidopa, which prevents these side effects and increases its efficacy. The levodopa/carbidopa combination is available in multiple forms and strengths, including fast-acting and slow-release options.3 In addition to the levodopa/carbidopa pills, there are many other prescription medications available for Parkinson’s patients including anticholinergic drugs and amantadine, which help ease tremors and muscle contractions, and MAO-B inhibitors, which help ensure the efficacy of the levodopa drug.4

These medications, when taken correctly, have been shown to greatly improve symptoms of Parkinson’s disease. If your symptoms respond to these medications, surgical options may be a possibility. These surgical options involve implants that either stimulate the brain’s movement center or provide a steady flow of levodopa/carbidopa drug into the small intestine.5 Deep-brain stimulation, in particular, is thought to be the biggest advance in Parkinson’s treatment since the 1960s and can be used to help patients who experience intense tremors and dyskinesia as a side effect of their medication.6

What Should You Do?

If you’re exhibiting one or more of the symptoms of Parkinson’s disease, it’s essential to discuss it with your doctor right away. They may not be able to confirm a diagnosis immediately, but they can begin monitoring your symptoms. If you’re younger than 50, it’s easy to dismiss minor symptoms as unrelated, but it’s important to take them seriously. Roughly 100,000 people in the United States have young-onset Parkinson’s disease.7

With regular exercise, a healthy diet, and a good treatment plan, people with Parkinson’s disease can live a meaningful, active life.